New Zealand Pork is calling for greater border protection against the spread of African swine fever, a deadly pig disease which is sweeping through China and Eastern Europe. 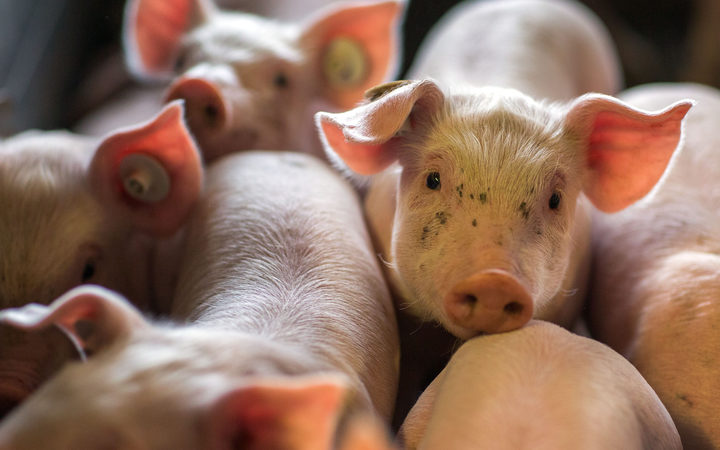 Chinese state media reported that since the start of August thousands of pigs in the country have died or been culled after authorities found several cases of the disease.

The disease has also been expanding through Eastern Europe since 2014, with new outbreaks reported in Russia, Romania and Hungary this year.

New Zealand Pork chair Eric Roy said the government needed to step up surveillance of the spread of the disease and consider more stringent controls of pork imported from affected countries.

"With the way the disease spreads, we are particularly concerned about the risk of African swine fever arriving in this country through infected meat from many of the regions which currently export pig meat products to New Zealand.

"This would have a potentially devastating effect on the local commercial industry, which generates over $750 million per year for the local economy," he said.

Agricultural market analyst Mel Croad from AgriHQ said the outbreak in China, home to half of the world's population of pigs - increased the likelihood of a major disruption to the world protein market.

"Analysts report that the impacts of this disease outbreak on the trading environment will be medium to long-term. Some reports have labelled it a "game-changer" in global protein supplies for years to come and may see global meat prices strengthen as a result."

Ms Croad said China was very serious about food security, so if there is any perceived risk from eating pork, despite that not being correct, it could have a major impact on consumers habits.