The Ministry for Primary Industries is being criticised for putting people in charge of Mycoplasma bovis with little knowledge of farming. 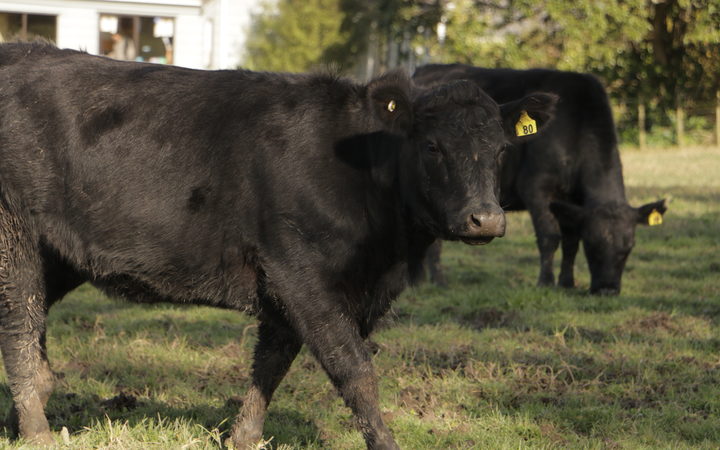 The eradication plan, announced in May, came with a promise to hire another 50 incident control point managers to work one-on-one with farmers on where they could move their cattle.

Brian Harris' Southland sheep and beef operation was handed a notice of direction in March after it was discovered the cattle he had purchased last year were linked to infected properties.

He said the control point manager he was assigned had minimal farming knowledge which led to calves being culled unnecessarily and in delays in getting his farm out of lockdown.

"[If] in our particular case, and maybe many others, they had employed people from reputable firms, people with practical farming knowledge that deal with stock on a day-to-day basis, [it] could have made things a lot easier.

Some inspectors had "absolutely no idea about farming, no idea about cattle whatsoever, or have never even been on a farm", he said.

Mr Harris said testing supposed to be done on cattle sent to slaughter was not done and MPI took five months to contact a North Island farmer he had sold potentially infected cattle to.

That cattle subsequently tested positive for the disease.

Mr Harris' compensation claim for the $300,000 he was owed in lost income was amongst the two thirds of claims still to be paid.

Now movement controls had been removed from his property he planned to resume trading calves but would take extra precautions, he said.

"Trying to be a bit more careful on where we buy calves from, finding out their history. But when it comes to getting rid of calves at the other end in autumn, we will do some testing before."

MPI head of biosecurity Roger Smith admitted incident control point managers were not of the quality he would have hoped for in the early days but said steps had been taken to improve this.

MPI was calling on expertise from other groups.

"Yes we bring more of the science to the table and the logistics but actually on farm those people are coming out of the other groups.

"So while it's true not all of our people are farmers...the group that is doing this response is made up of experts from every field."

Mr Smith said a lack of farming knowledge should not hold up compensation claims.

"[There is a] team of over 60 people here that work on that and so what the people in the field are doing is to gather all of the information they can to assist the farmer to make the claim."

The next round of national bulk milk testing was now underway that would give MPI a better idea of whether its eradication programme was working.