A Southland farming couple who were forced to cull 1700 calves have finally been declared free of Mycoplasma bovis saying it had been a long eight months.

Ben Walling and Sarah Flintoft were sold infected calves by Alfons Zeestraten, the dairy farmer believed to have first had M Bovis.

They have one of the many farms that Mr Zeestraten sold infected calves to, that was subsequently shut down.

Along with losing the potential income they were hoping to make from fattening up their 1700 calves, all of which had to be sent to the works early, they had to wave goodbye to the income they would normally have picked up from grazing other farmers' cows on their winter crops.

A few weeks ago they got the news they were waiting for when their property was declared free of M Bovis and they could get back to farming.

When RNZ was last there, winter was just starting to settle in and there was already a dusting of snow on the hills and mountains that define that part of northern Southland.

On our return, the snow is still there but the weather is starting to improve with the early signs of spring - new born calves and lambs - clearly evident.

While it was a relief when MPI declared their farm M Bovis free, there was no great fanfare attached, said Sarah Flintoft.

"It was just a notice dropped off and a handshake. But we took the kids and a few of our workers off to the Mossburn pub and had a nice meal out and a drink to celebrate because for us it was quite a thing to have lifted off our shoulders. It was a momentous occasion. It's been a major thing that we've been through. Hopefully [we'll] never go through it again."

It had been a long eight months since they first realised they had the disease and had to progressively put down or send away to the works the calves and young bulls they had put so much work into, said Ben Walling.

"It's been pretty tough going. Just seems to drag on and on forever from one fight ...to another, just trying to work your way through all of the things that need to be sorted."

Aside from the mandatory 60 day stand down from having cattle on their farm, the biggest headache has been sorting out who should be responsible for disinfecting their property to ensure there is no chance of the disease returning.

Then there is the compensation they are still owed for lost income, Mr Walling said.

"We've had about $560,000 ... and we're about $1.7 million the total claim and there's still a few complicated claims to go through. The reason why they're complicated is trying to verify them to the last cent to suit MPI's system."

"It's been more of a hassle than most people realise and that's just to get them to the stage where you can lodge them. It's been quite draining. We're at the stage where we're starting to come through it now, but through that period I could sort of see Ben was quite strained and I was probably looking the same ... it's not just animal welfare, human welfare is a big thing in this whole process."

Ms Flintoft is relieved they no longer have to disinfect every car or piece of machinery before it leaves the farm.

'The community has been amazing'

And she was grateful the stigma of owning an infected property had finally been lifted. 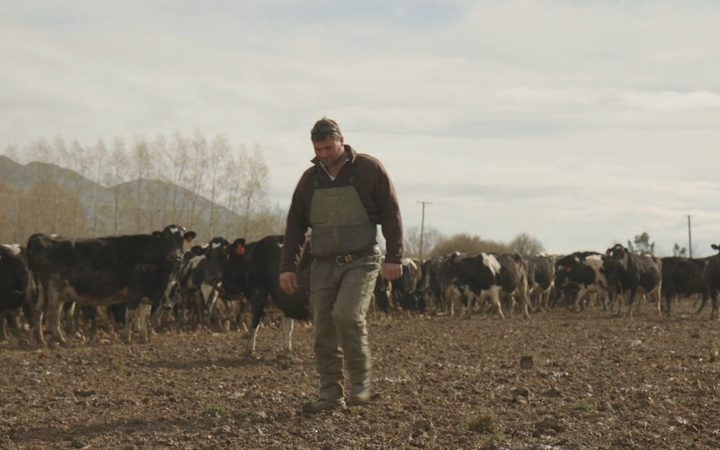 They had noticed cars slowing down as they passed their place, wanting to get a look at what an infected property looked like.

But she was thankful none of their three school aged children had experienced any of the bullying that had been reported by some living on infected farms.

She said those worried about outing themselves as having the disease needed to know there was nothing to be afraid of.

"I've had little gifts arrive in the mail from businesses we deal with in Winton just to say 'we're thinking of you' and 'all the best', friends call in with gift hampers and all sorts.

"I must say the community has been amazing and I think for farmers that are a bit shy of coming out and saying look we've got a problem here ... I think they should put their hand up and let the wider community know so they can assist and support because that's really helped us along."

As for what they will do next, Mr Walling said their days of fattening up calves for beef were numbered.

Before M Bovis he would drive all over Southland gathering calves from 20 or more properties and take them back to his farm where they would all be placed together in a paddock or pen.

The risk now that one of these calves could be infected and potentially pass the disease on to the entire herd meant he needed to know a lot more about the farms they were coming off and needed to restrict the number of places he got them from to one or two trusted sources.

"Our longer term plan is to convert one of the properties we have ... that has a dairy consent already on it and pretty much the sole reason is so we can go self contained using the dairy farm to supply our own beef cattle. We'll probably move away from bulls just to cut down on the risk of infection. We don't want to go through all of this again."

But while the couple have turned a corner, the effort to eradicate the disease is very much in the early stages.

Next round of bulk milk testing underway

Three months on from the government's bold announcement that it was prepared to spend close to $900m ridding the country of M Bovis, doubt still remains over whether it can be achieved.

A major sign post in the road is the next round of bulk milk testing that is now underway.

This would give MPI an accurate picture of just how far it had spread and if the locking down of farms like Ben and Sarah's has actually made any difference.

As for MPI's handling of those with infected properties, its head of biosecurity Roger Smith, said AsureQuality was wrong to tell the couple they should be disinfecting their own farm.

"We encourage that you engage contractors because they need to be measured and monitored ...we need to have an auditable process. The issue with cleaning and disinfecting is that this is a chance to as it says disinfect the farm so that it can be safe for uninfected stock to be brought back on to the farm after the 60 days."

Roger Smith said its investigation in to how the disease entered the country, which started over a year ago, was ongoing, and he was not able to say when it would be completed.

Alfons Zeestraten is due in the Invercargill District Court in November on charges relating to the importing of farm machinery.

MPI, which laid the charges, is declining to comment but RNZ understands they do not relate to Mycoplasma bovis nor the year long investigation in to how that disease got into the country.

Mr Zeestraten has not responded to calls for an interview. 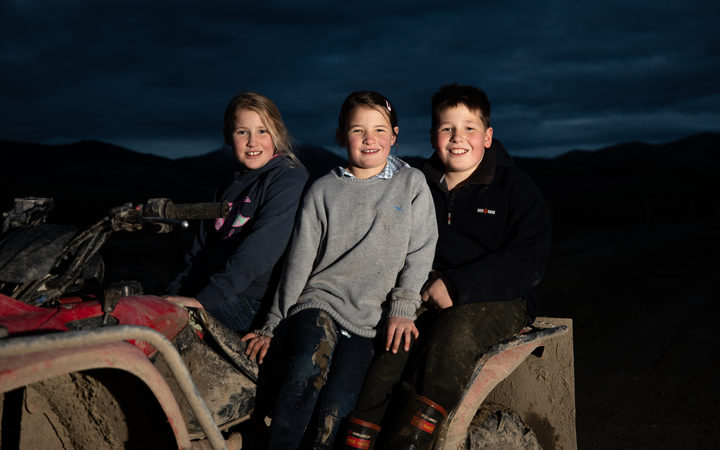 "It's very important. There's no point going through all of this if there's not an understanding of how it came into the country and as soon as they start releasing a bit of that so people get a lot more confidence in the industry, the better."

I said goodbye to the couple on a remote corner of their farm where the light was quickly fading and 15 young bulls had just escaped.

They ordered their youngest daughter, Grace, to wait in the car and instructed Maisie, 9, and 11-year-old Jack to help them round up their errant stock.

Earlier that day Sarah told me they knew getting through this period would be a measure of them as a family.

From the looks of things it has only made them stronger.