The research was done by the global rural company, Rabobank.

The Swiss firm Nestle retains its top spot with total turnover of $US24.2 billion.

Second is the French company Lactalis, which pushes its compatriot, Danone, down from second to third position.

Fourth comes the US cooperative, Dairy Farmers of America, and in fifth spot is Fonterra, up from sixth. 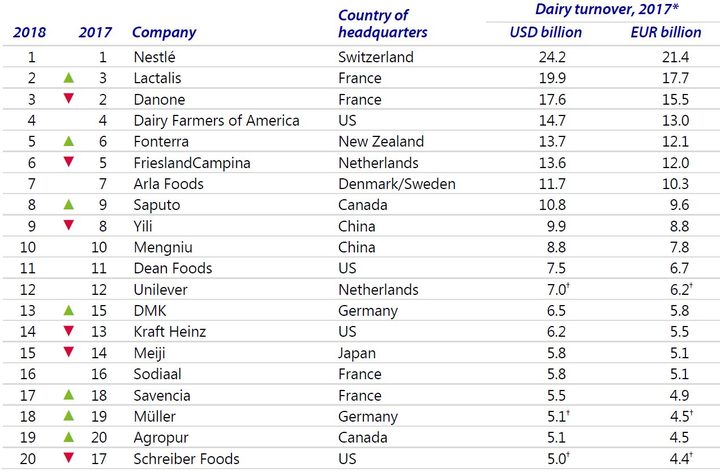 Half of all the top 20 companies are European while three are American and two Chinese.

New Zealand is the only small country represented.

Turnover of all 20 is up 7.2 percent in dollar terms on last year, due mainly to higher dairy prices.