New Zealand scientists trialling a genetically modified grass in the United States say the plant could prove a game-changer for agriculture. 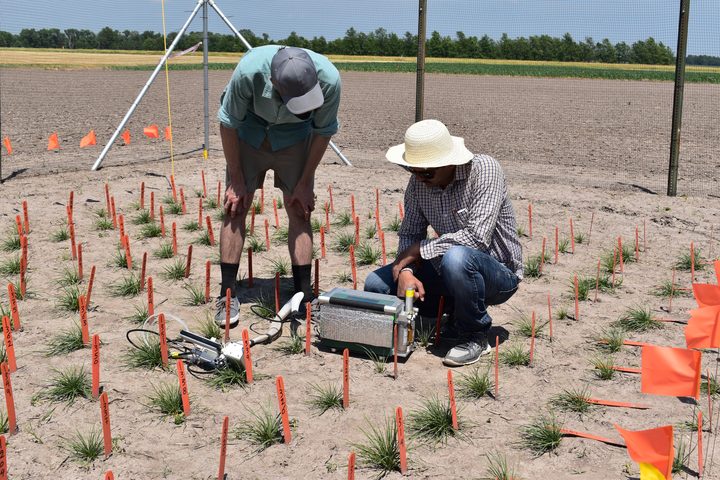 It stored more energy for better animal growth, was more resistant to drought, and produced up to 23 percent less methane, the institute said.

Development and trials of the ryegress are being carried out in the United States mid-west, where genetically modified organisms can be tested outside the lab.

"In this full trial now underway, we will be measuring the photosynthesis, plant growth and the markers that lead to increased growth rates.

"While the growth has previously been studied in glasshouses in pots and as plants spaced out in the field, this will be the first opportunity to assess the growth in a pasture-like situation where plants compete with each other."

"The five-month timeframe will allow us to determine if increased growth is consistent across the summer and autumn, and we will simulate grazing by cutting plants back every 3-4 weeks."

Dr Bryan said animal feeding trials, which need regulatory approval to carry out in the US, were planned to take place in two years.

Information collected from the field trial would help with the application for those feeding trials, Dr Bryan said.

While New Zealand has not yet approved the release of genetically modified crops, Dr Bryan said it was important that the science kept options open, and that there was strong scientific evidence on any benefits or risks for policy makers to draw on.

"As the Royal Commission on Genetic Modification found, 'it would be unwise to turn our backs on the potential advantages on offer'. We think the advantages here could be very significant," he said.