The people at ground zero of the Mycoplasma bovis outbreak are warning that the eradication bid could have disastrous knock-on effects. 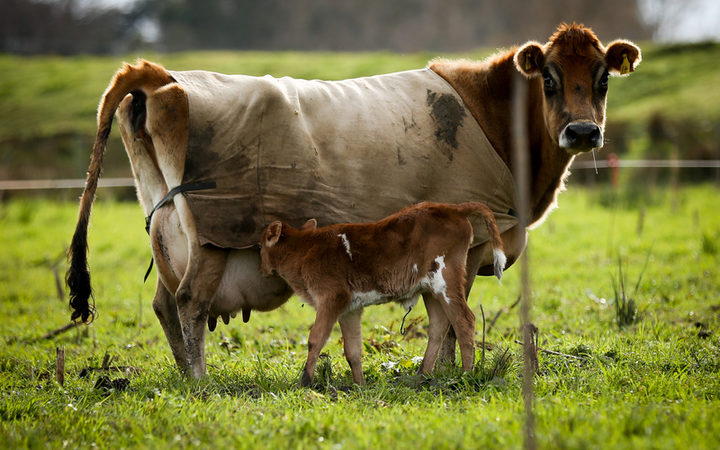 Others in the small Southland town of Winton are backing the government cull of 150,000 cows.

Yesterday, the government announced it was committed to eradicating the illness with a ten year plan that would cost about $886 million.

Prime Minster Jacinda Ardern said the government had "one shot" at eliminating the disease.

It was discovered in July last year and since then 41 farms have been confirmed as infected. That has since dropped to 37 farms, with more than 11,000 cattle slaughtered.

The bacterium causes illness in cattle, including udder infections, abortion, pneumonia and arthritis.

It does not affect humans and MPI said it presents no food safety risk.

All cases of the devastating disease can be traced back to one dairy farm just to the north of the town.

Ms Ardern told Morning Report other countries whose cows have contracted the disease say they wish they hard tried harder to eradicate the disease.

The fact that New Zealand was isolated from other countries and that there was just one strain of the disease meant it was worth attempting to combat the illness, Ms Ardern said.

In the town of little more than 2000 people, everyone knows someone affected by the cow disease, and opinions about the government's plan are divided. 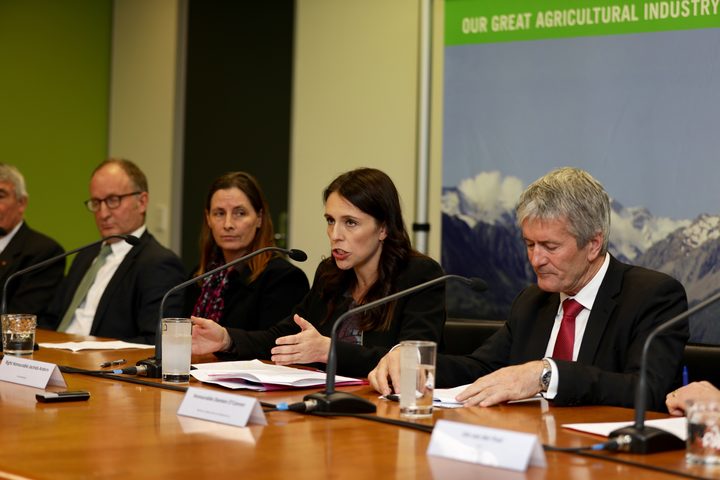 Some believe it has made the right call for the health of the national herd.

But others in the rural sector say long-term infection of herds is inevitable, and the cull may trigger suicides among owners of infected cattle.

One man spoken to by RNZ - who did not wish to be identified - feared for the mental health of people with those herds.

"What about the emotional harm it's doing to the people who run the cattle," he said.

"That's immeasurable - there's no money value you can put on that. It's driving people nuts.

"When they come out with the next lot of suicide figures in twelve months time and find that they've escalated, I wonder if anyone's going to have enough brains to say 'we caused some of this'."

Those at Winton's local pub yesterday were vehemently opposed to the move, labelling it ridiculous and doomed to fail.

Also notable was the resentment towards local dairy farmer Alfons Zeestraten - whose property was identified as the first to have the disease.

When approached by RNZ, Mr Zeestraten was not available.

But others were in no doubt an attempted eradication was worth a shot and waiting any longer made its success less likely.

VetSouth Winton managing director Mark Bryan was among those that supported the move, though he acknowledged the impact it would have on the owners of infected herds.

"The point was made today that we've got one chance to eradicate it and this is the chance," he said.

"We wouldn't want to be sat here in five years time with 20 percent of farms significantly affected and livelihoods destroyed and huge animal welfare problems ... and think 'gee, why did we let this happen'.

"So I think we've really got to make a move now. It's not nice, but I think this is the best chance."

If the disease was left to take hold the effects might be devastating and might mark the end of share-milking.

Southland Rural Support Trust chairman John Kennedy, who owns a dairy farm operated by share milkers just out of Winton, agreed the government had made the right call.

But he was not surprised many did not like it.

"It's obviously incredibly stressful on farmers when they lose stock and that's going to be a very, very difficult place for a lot of farmers to be in," he said.

The decision was necessary for the "long-term success of farming in New Zealand", he said.

The priority now needed to be ensuring those affected were compensated fairly and quickly, and supported through the difficulty of the cull, he said.

"Up until this point we've seen compensation very, very slowly come through for farmers who are involved in this," Mr Kennedy said.

"If that compensation is acted upon quickly and easily without too many arguments backwards and forwards about valuations etc., then they'll feel as though the government's got their back."

It is expected to take two years to find out if the government's attempted eradication programme has worked. But the division within affected rural communities will not go away any time soon.

"As stress builds it becomes more and more difficult for people to make clear decisions, and as the decisions become less clear then [farmers] become more stressed and the thing just builds."

But the government's decision yesterday would ease some of the pressure as it provided some certainty.

"We've found in rural support [that] if people are uncertain about timelines or what the plans are then they become very frustrated very quickly and very angry as well."

Ministry of Primary Industries director of readiness and response Geoff Gwyn told Morning Report the decision to eradicate was unanimous across all industry major players, not just bureaucrats in Wellington.

"This is Dairy NZ, Beef and Lamb, Meat Industry Association, [Dairy Companies Association of New Zealand] ... Federated Farmers have all been part of this decision and it's unanimous that we should give this a crack," Mr Gwyn said.

"This is the one shot we get, if were to go to long-term management you can never go back to eradication."

Agricultural economist Peter Fraser questioned whether it was worth spending nearly $1bn to try and eradicate the disease.

He told Morning Report he wanted to know at what point the Ministry of Primary Industries would go to the government and tell it, it was no longer worth fighting.

"They're betting an awful lot of ... taxpayers' money, at what point will they fold."

Mr Fraser said the problem was not in same ballpark as foot and mouth disease.