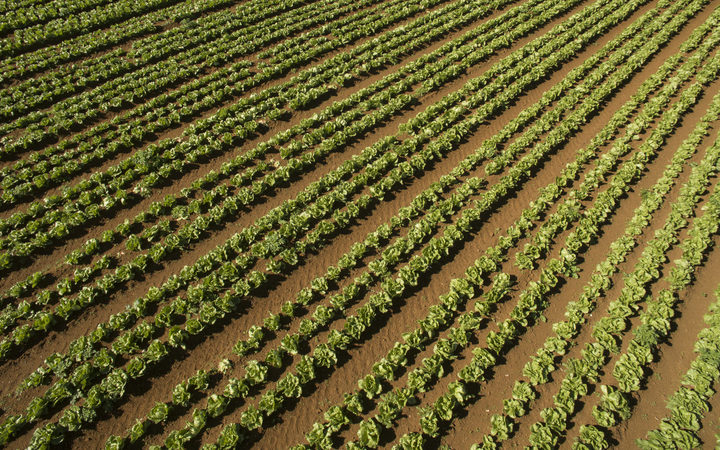 The Our Land 2018 report from the Ministry for the Environment shows more than 35 percent of Auckland's most fertile soil has been consumed by lifestyle blocks.

Bharat Bhana, whose family has been growing vegetables in Pukekohe's volcanic soil for more than 60 years, said he and his brothers could have sold their land to developers for millions but wanted to leave it for their children.

"We should be leaving something behind for the next generation. New Zealanders want fresh food - want quality food, and this area can give it. This area has been producing food for over 150 years. But at the moment, housing is going to take a toll on what we do."

Large sums being paid for land in the area were hard to turn down so Mr Bhana did not blame those who had sold up.

"The government has got to step in," he said. 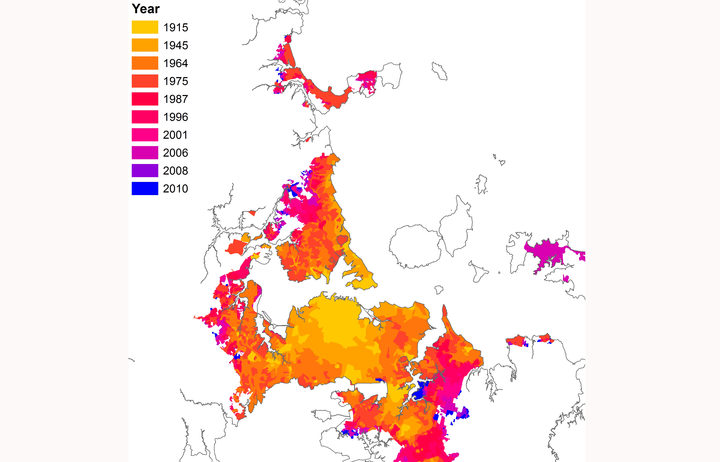 Increasing urban extension from 1915 to 2010, with recent development clear in the north and south of the region. Graphic: SUPPLIED

The report cited a 2013 study showing there were 175,000 lifestyle blocks covering 873,000 hectares of land. In Pukekohe, the number of lifestyle blocks increased more than 58 percent since the late 90s.

Environment Minister David Parker said he was troubled by the report's findings and asked officials to investigate how to stop the process.

Auckland City councillor Chris Darby said there were some safeguards for its most valuable soils under the 30-year Unitary Plan, but its ambitions got watered down by an independent panel which over saw it.

"We've got to start restoring the biodiversity and not just mitigating our way out of it."

Gary Taylor from the Environmental Defence Society said it was "stupid" to build a city on the land that fed the people who lived in it.

He said the biggest threat to productive land use was intensive farming, with dairying having increased by 50 percent from 2002 to 2016.

"That's very serious expansion. Coupled with that, dairying has become more intensive, so that's accelerating the decline in our natural environment."