Irrigation New Zealand is confident that an end to government subsidies will not spell the end of large-scale irrigation projects. 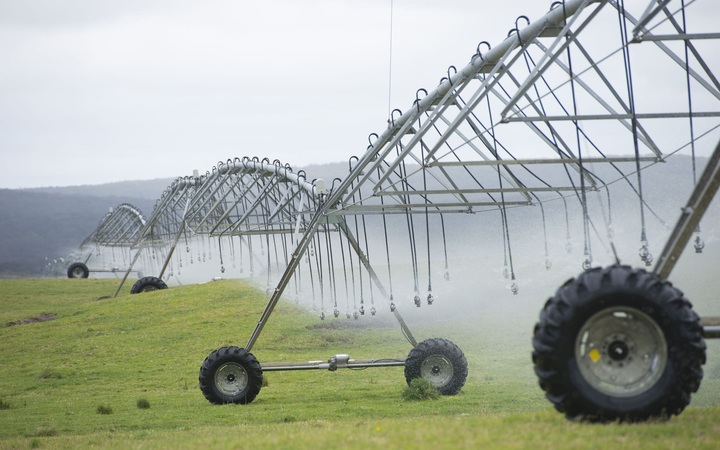 The lobby group is holding its biennial conference this week and looking at the future of the sector now that the tap has been turned off on the $450 million worth of loans the previous government promised.

Under National, irrigation was seen as one of the key ways of driving economic growth, resulting in it setting up Crown Irrigation Investments, a company willing and able to dole out millions in loans to fledgling irrigation schemes.

Irrigation New Zealand chief executive Andrew Curtis said in the end it only granted a small portion of money with the most significant contributions still to come.

"We had a number of projects which were about to come into fruition, Waimea was obviously going to take some funding, as was Kurow-Duntroon ... the Hurunui and Hunter Downs were on the cusp of applying for it."

The money was taken off the table as part of Labour's coalition agreement with the Green Party unhappy about the impact intensive farming was having on the environment.

However, Mr Curtis said the move would actually hurt the environment rather than help it.

"That's one of the most frustrating elements actually is these schemes are very much at the height of environmental sustainability, they're at the cutting edge when it comes to being environmentally sustainable, obviously some of them are going to be funded which we're happy about but others have basically been cut off at the knees."

Nevertheless, Irrigation New Zealand was confident the schemes would continue to be rolled out across the country.

It was a sentiment shared by South Canterbury dairy farmer Ryan O'Sullivan, who said the Hunter Downs scheme that was due to apply for a $70m grant from the government, could proceed anyway.

"I wouldn't write Hunter Downs off just yet. That finance that the government was going to supply via Crown Irrigation was certainly a great deal of assistance but the commercial banks may yet still come to the party to replace that lost funding."

The dairy farmer said the sector had learned a lot in recent years about how to reduce the environmental impact of farming cows intensively which meant new irrigation schemes did not have to be viewed as the boogie man some tried to paint them as.

"A lot of urban folk think that dairy farmers are on a crusade of environmental terrorism whereas the reality is six years ago we had very little awareness of what the environmental impacts of cows were. We're only really just starting to discover that now."

Government-owned Landcorp manages 110 farms, half of them dairy.

Its Head of Environment, Alison Dewes, said the writing was on the wall for large-scale irrigation projects.

"They have had a significant leg up. You know, at the end of the day there's been a lot of growth and a lot of intensification in the last decade. The realisation is that we've probably overshot the mark in terms of degradation of water quality and excessive use of water in certain areas."

The challenge now for the irrigation sector was to move away from large users of water, such as dairy, and towards sectors such as viticulture and horticulture which produced high returns but used a fraction of the water, she said.