About 300 people attended the first ever sale of Beltex ram lambs in New Zealand on Friday. 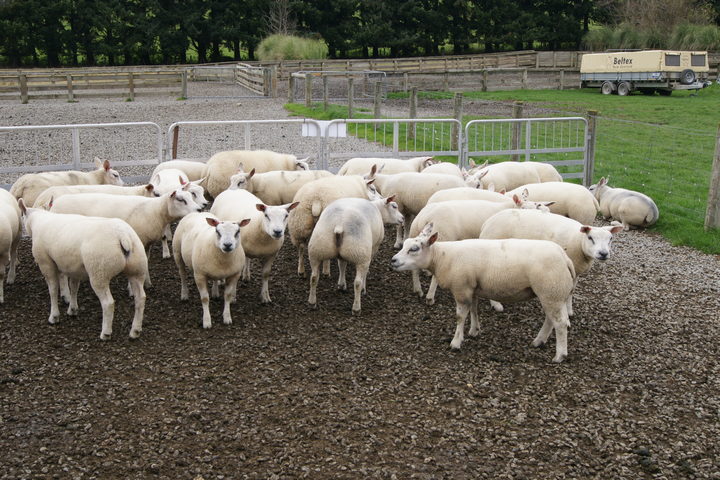 The top price paid for a purebred Beltex was $8000. Photo: Supplied

The Beltex, whose name combines Belgium and Texel, are a breed of muscle heavy sheep that have higher meat yield.

Beltex breeder Blair Gallagher said the interest around the inaugural sale, which was held at his mid-Canterbury farm was very positive.

The top price paid for a purebred Beltex was $8000, while a Beltex-Suffolk cross sold for as much as $15,000, Mr Gallagher said.

"Probably the real potential of the breed was in the crossbreed, to think that we sold Suffolks-Beltex cross for 15,000 was certainly well beyond what we originally thought," he said.

Mr Gallagher said buyers from Northland to Gore came to the auction - attracted by the increase meat yield and carcass conformation the breed offers.

"They're certainly very very sought after in the UK by the butchers and the chilled trade into Europe. The Beltex cross and Beltex lambs generally command a premium somewhere around 15 to 20 percent in the UK." 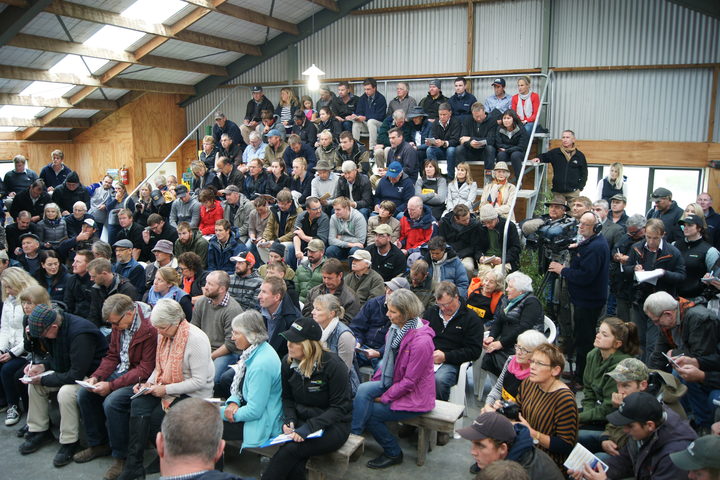 About 300 people attended the first ever sale of Beltex ram lambs in New Zealand. Photo: Supplied

The Beltex lambs up for auction were imported as embryos from the UK and transferred to ewes on Mr Gallagher's farm last year.

It had taken some time to get the embryos to the country because of strict quarantine regulations and huge costs, Mr Gallagher said.

"It's still been a huge investment, but the protocols have relaxed a little bit," Mr Gallagher said.