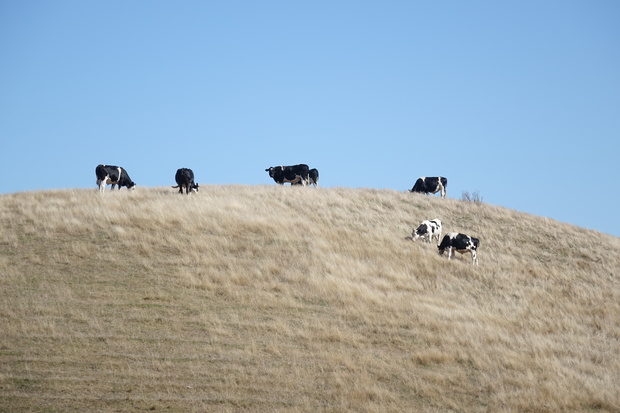 State-owned Landcorp, which calls itself PAMU, owns or manages 125 farms.

But poor weather caused its net profit after tax to fall to $21.9 million in the six months to December, from $37.9m in the same period a year earlier.

The company's chief financial officer Steve McJorrow, said the weather made life hard for the company, due mainly to heavy rain in spring, followed by dry conditions in the remaining weeks of the year.

These twin problems caused the company to have to spend more to maintain turnover.

"What that means is that we need to increase some of our on-farm costs," he said.

"They are primarily related to the need to purchase additional feed for our animals, and also we run down the stores on hand that we have.

"Both those issues directly hit our profit."

Mr McJorrow said there was some internal variation: milk revenue decreased by 8.5 percent, but by contrast the more drought-resistant red meat industry rose in earnings.

He said the company was hoping to do better in the second half of the financial year, despite the impact of two storms, Fehi and Gita.

"We got off comparatively lucky when it came to the storms," he said.

"They were not quite as bad as we thought."

He expected a measurement of earnings known as EBITDAR (earnings before interest, taxes, depreciation, amortisation and rent/restructuring) to be the same in the year to June as in the preceding 12 months.

Mr McJorrow said his company had other commitments besides farm ownership and management.

These included raising the stake in the agricultural software company Farm IQ and launching a training scheme, Pamu Academy.