Floodwater is covering large parts of the eastern Bay of Plenty after 24 hours of heavy rain. 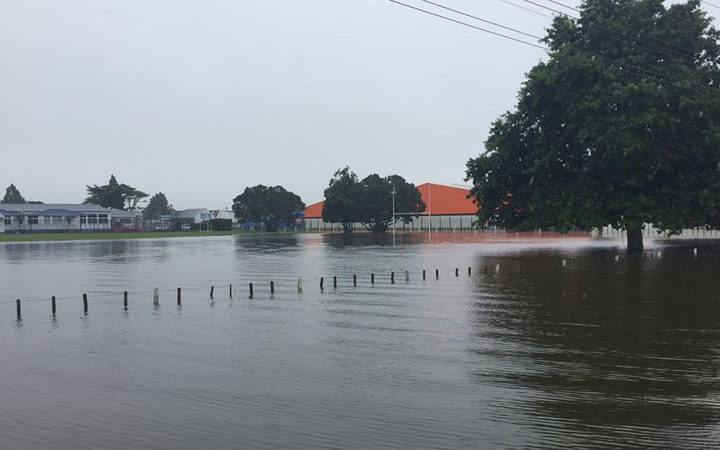 Water is covering large parts of eastern Bay of Plenty after 24 hours of heavy rain.

The Otara River, which runs through Ōpōtiki, has reached its highest recorded level.

"We're well-equipped and we've got well-designed flood protection systems so they all worked well."

Locals have reported that several large rivers appeared to have burst their banks.

Ōpōtiki District Council said the Ōtara River, which runs through the town, has recorded its highest-ever level.

The council has activated its emergency operations centre and put portaloos out because the town's wastewater system has broken down. 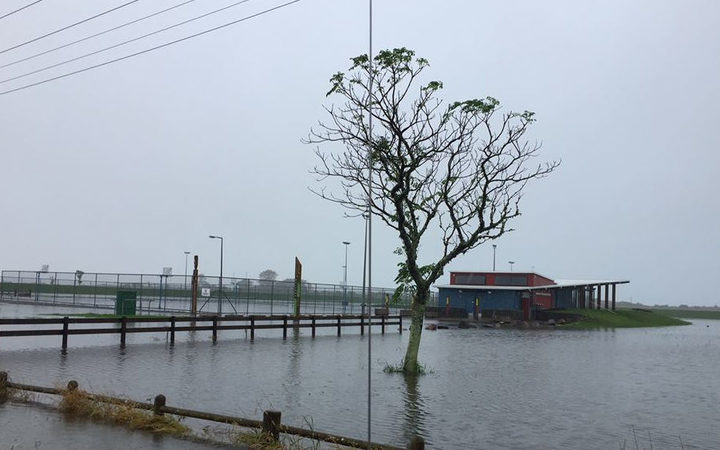 Mr Petersen farms on the banks of the swollen Ōtara and Waiotahe rivers, and said floodwaters are covering most of his land.

"On one of the properties the regional council had done some river protection work and had just finished, and floodwater has breached that again and its come into our land.

"We haven't had this for three or four years now ... you've just got to deal with it when it happens."

On one farm most of the floodwater was tidal, and high tide is at 6am this morning, Mr Petersen said.

"Hopefully it drops at low tide and we'll be able to start getting rid of some of the floodwater ... as long as you get it (water) off quick enough within 48 hours.

"If it's left on much longer the pasture starts rotting. It's been quite a dirty flood so there'll be lot of silt on the ground"

Power is on at the three properties, but one farm is cut off by floodwater, he said.

"We were talking to Fonterra last night about whether we can get in there to get the milk out ... that'll be the next problem."

Meanwhile, the Rangitāiki River in Bay of Plenty is threatening to spill over onto farm land which is still recovering from last year's bad flooding.

Roy Allen farms in Galatea on the banks of the Rangitāiki River, which burst its banks and destroyed Edgecumbe houses last April.

The river also flowed over Mr Allen's land, leaving deep mud and washed out farm tracks, which has taken months to recover.

Last night's heavy rain filled the Rangitāiki River to its brim, and Mr Allen is nervous that all his hard work will be ruined.

"Another 50 or 100 mills is going to put it over (the river bank), we'd probably be back where we were last year again."

More rain is also on the horizon.

"We've got this tropical storm bearing down on us... it's a matter of wait and see but we can't change anything."

In last year's flood Mr Allen's land was left underwater for weeks, and the grass has only just started growing again.

"It started coming right, but now it's rained heavily again, everything is saturated and the river is running at the top of the bank."

Because of the flood damage Mr Allen cut his stock numbers right back.

He said there was incoming money from stock sales, but that would not last long.

"In the end you're going to lose... the loss is going to come further on down the line."

Mr Allen said the regional council is over loaded with flood damage work and hasn't had time to fix any of his damage.

Bay of Plenty Regional Council flood manager Graeme O'Rourke said farms on the banks of the river were flooded.

"They are designed to spill, but the key is to try and get water off those farms as quickly as possible, certainly within three days to preserve pasture."