Some vineyards are desperately trying to find enough workers to cope with the workload brought on by the dry spell. 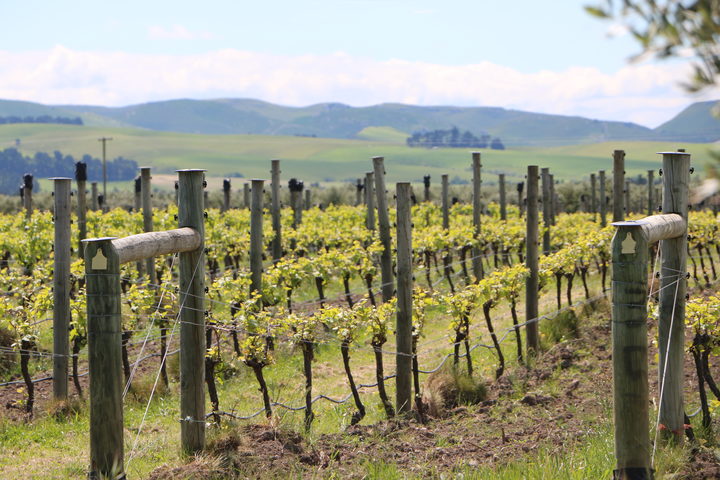 The dry, warm weather has meant early growth in vineyards, with some finding it difficult to get enough workers to cope with that. Photo: RNZ / Maja Burry

An Otago grape grower and viticulturist, James Dicey, said the hot conditions had meant there had been a huge amount of early growth.

He said that had resulted in the vineyard quickly falling behind in the work normally done at this time of year.

Mr Dicey said the conditions were very rare for so early in the season.

"Relentlessly hot and relentlessly dry. Since the beginning of September, we have effectively, apart from one 20 millimetre rainfall, been bone dry," he said.

"We came into the season dry and now we're in what I would sort of call peak February dryness, [there's] scorched earth and hills all around us. The only thing that has saved our bacon is there hasn't been the wind to go with it."

Mr Dicey said he was struggling to find staff to help with the workload.

"Warmth without staff is a terrible thing. We've had some real challenge in getting staff. Backpackers who are inconsistent about when they decide to turn up, have decided that they won't come to Otago early and it's really been exacerbated by visa issues [with migrant workers]."

He said the issue was widespread.

"We're desperately trying to find more staff, so we're well behind where we need to be and I'm not the only one. Everyone in Central Otago is in exactly the same boat as I am, and we're doing what we can to help each other out and sharing labour.

"When someone's in trouble and needs to get something done because they're that far behind, we're doing what we can to help them out ... really co-operative spirits down here, but we are suffering this year."

Meanwhile, a dairy farmer in Otago hoped there would be relief from the dry soon.

Cam Edgecombe is a sharemilker on a farm on Otago's Taieri Plains, which was flooded following a bout of heavy rain in July.

He said now they were experiencing the opposite problem.

"Back in July two thirds of the farm was under almost a metre of water and that was for two weeks, so that had implications. It has hit production and we're 10 percent behind for the season," he said.

"Now the ongoing dry is probably going to bite us at the end of it, we just haven't had the rain through October and November we'd normally have, and after July it's sort of, snap, dry."