A Motueka grower whose apple crop has been damaged, most likely by a regularly-used fungicide, says the discovery was "gut wrenching". 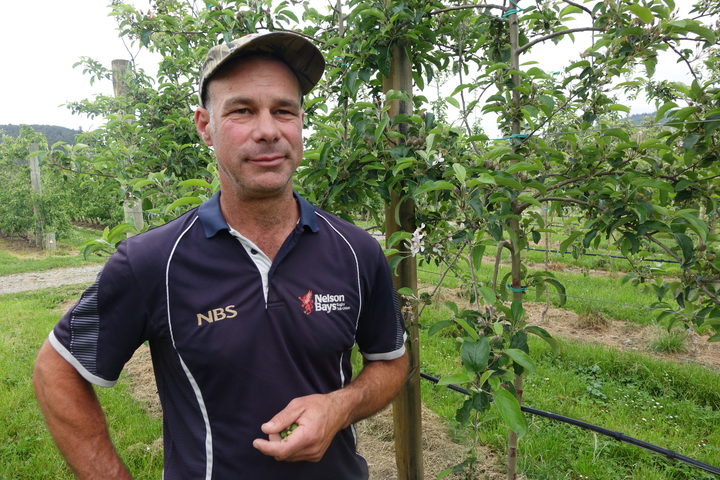 Evan Heywood, whose family has farmed in the region for close to 80 years, said he was lucky to have got off relatively lightly, but others were not so fortunate.

RNZ reported last week that growers in the Nelson region and a few more in Hawke's Bay are facing losses this year from the effects of what appears to be application of a bad batch of fungicide.

The active ingredient mancozeb looked to be the likely problem, but growers were being cautious about saying too much as they worked through the problem with the supplier.

Mr Heywood said the damage had affected a total of about 170ha of apple orchard in the Nelson region. On his property, there had been damage to crops on 5ha of orchards.

"It's not a massive issue for us personally, but for other growers it's a bigger problem," he said.

Mr Heywood said it was almost certainly linked to a type of fungicide widely distributed in the Nelson region, but less so in other areas.

He said growers began to notice russet on the skin of young apples, fruitlets falling off trees and leaf damage, soon after using it to control mainly black spot which they do each spring.

"It's an old product, it's been around for a long time, it works well and this particular brand has caused some of the apples to fall off, and also russet on the skin of the apples which is not accepted in the export market. 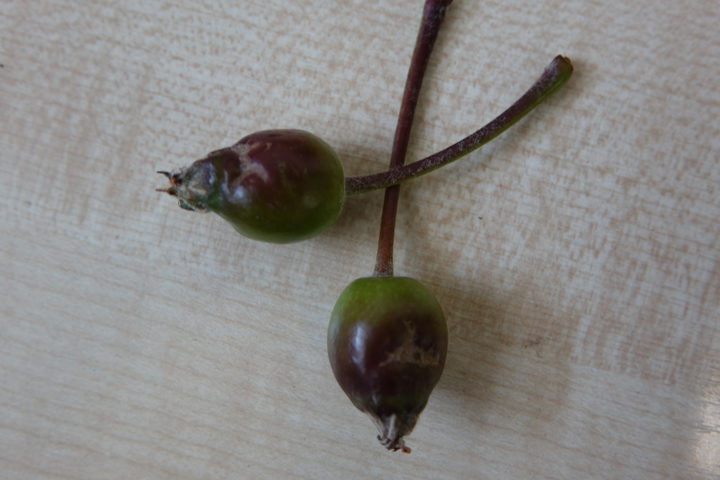 Mr Heywood said Royal Gala seemed to be the worst affected while Braeburn, Jazz and Pink Lady were largely unaffected.

"It is specific to a couple of varieties - which is a bit of a weird thing. Other varieties appear largely unaffected but it's early days and some problems that aren't evident now could become more evident as the fruit grows a bit bigger."

The damaged apples would not meet export standard.

Mr Heywood said it was hard to say at this stage what they were looking at in terms of financial loss.

"It is variety-by-variety, and the market delivers different results year-by-year. But it's your livelihood at risk, so it is significant.

"After coming through such a wet winter and spring, the trees looked really good, and then to go and find all that damaged fruit is ... it was like getting hailed on really - it was the same sort of feeling. You put all that hard work in and then you see that ... it's a total write-off.

Mr Heywood said growers could not insure themselves against this sort of problem, but the supplier's insurance companies had been notified and the supplier was standing by the growers.

NZ Apples and Pears chief executive Alan Pollard said last week they were investigating, and that the product had been recalled. He hoped the thinning process would minimise losses.

Mr Heywood, a supplier and shareholder in Golden Bay Fruit, said despite the setback the industry was in good heart with new customers and new markets evolving including in Asia which is currently a strong market.