Farmers on Banks Peninsula near Christchurch are concerned about the effects of a proposed bylaw that would regulate the movement of stock on some roads. 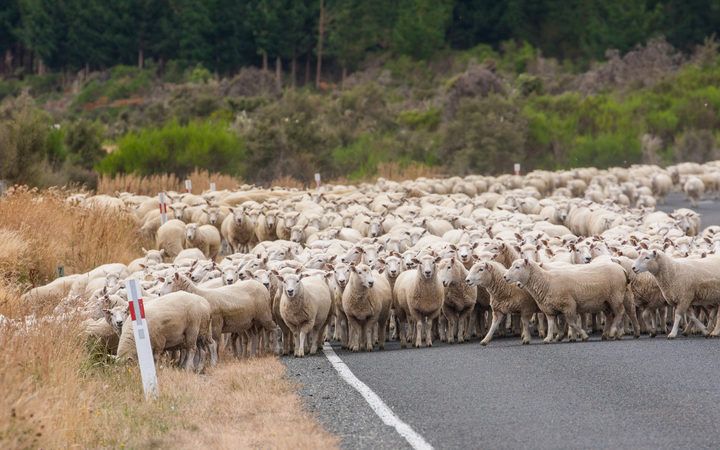 Cows and sheep walking in mobs down the district's roads has been a common sight for years, an easy way for farmers to move them from one land parcel to another.

Tim Coop's family had been farming on the Banks Peninsula for over a century, and said the tighter rules would make it more complicated to move them on some neighbouring public roads.

"It would mean a lot of extra costs with pilot vehicles on very low speed, low volume roads," he said.

"It would certainly have a financial impact and it would mean we couldn't do things in terms of animal welfare."

Mr Coop has about 6000 sheep and several hundred cows, and said he regularly moved his stock across roads and never had an incident.

Five farmers, including a local community board member and a representative from Federated Farmers attended today's Hearings Panel meeting, all raising concerns about the plan.

The panel was considering whether the current bylaw should be replaced with a new one which would require farmers to get written permission before stock could be moved onto restricted roads across the district.

There were more than 90 restricted roads which had been identified as having a higher risk, and included known tourist routes, or roads with higher speeds or traffic volumes.

Federated Farmers senior policy advisor Ewan Kelsall said it would not be practical to have to apply for consent before moving stock.

"[There are impracticalities in] applying in writing to move stock down the road for things you can't always plan in advance," he said. "It's quite hard to know when or where you need to move stock."

There were 18 submissions on the proposed changes: Two fully supported it, eight supported with some concerns, four had concerns, and four did not support it.

Submitters were not only concerned about the danger of stock on the road, but were also worried about cow manure, which they said made the road slippery and led to the degradation of the road surface.

The Hearings Panel would make recommendations on the proposed bylaw at a meeting on Thursday.

The final decision was up to the city council.