A new option is on the table for a water scheme in central Otago. 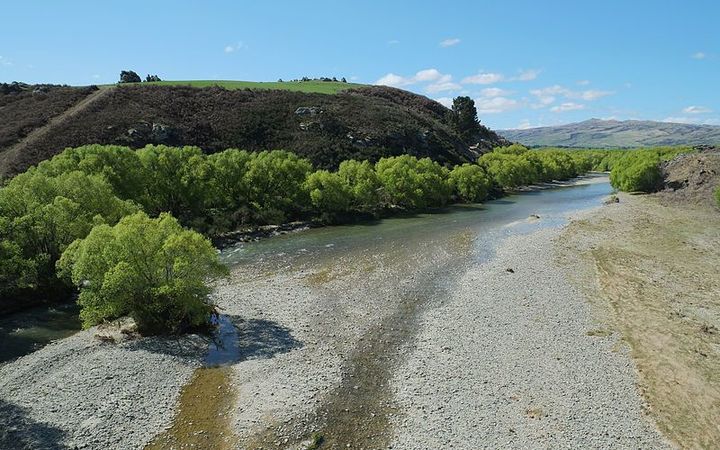 Crown Irrigation Investments is putting $815,000 funding into the Manuherikia Water Project, which will allow a Falls Dam proposal to move forward.

The dam is about an hour north of Alexandra and, with water permits expiring in the next five years, farmers want reliable irrigation for the future.

Proposals for the Falls Dam include raising the existing dam by about 6m or building a new dam.

The most conservative estimated cost for raising the older dam was $28m, plus the cost of upgrading the distribution system, while a new medium-height dam would be about $68m plus infastructure upgrades.

Mr Kane said a new option was for something in between.

"During a recent expression of interest we had 13,000ha as interest, which puts us somewhere towards a lower option ... part way between a six metre raise and a new medium-height dam.

"It's somewhere in that range that we'll be looking at."

The scheme could lead to some small changes in the region's farming.

"It'll probably be a little bit of intensification, but it's certainly not the intention of the existing landowners to change their land use.

"Any intensification will be over a gradual period and I think the results of the expression of interest show that ... there hasn't been any interest in huge intensification by those farmers who have quite large holdings which could be irrigated and intensified."

Mr Kane said the cost for farmers was still being calculated, but the group had estimates.

"Total off-farm capital cost varies between about $3000 and $9000 a hectare. We're working on farmers putting up half of that in equity as capital cost and the new company borrowing half.

"Those are the sort of numbers we'll be running when we get further down the track."

Meanwhile the community, water companies and regional council were still debating the minimum water flow for the river.