A big rural company is making its main suppliers wait longer to be paid, spurring one of them to accuse it of bullying. 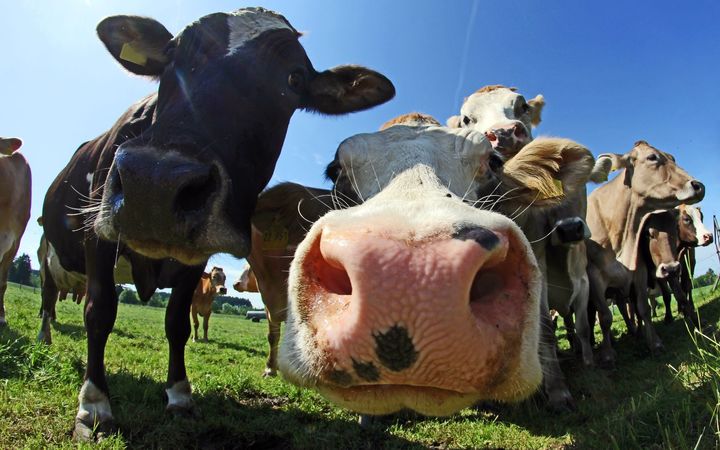 Livestock Improvement Corporation said it is a challenging time for the industry. Photo: Photo 123RF

From 20 March, farming cooperative Livestock Improvement Corporation (LIC) will take 60 days instead of 30 to pay about 300 suppliers.

Aucklander Bill Hollins has been assessing what damage it will do to his business, Jenlogix, which provides communication technology used in, among other things, cowsheds and boats.

"As a small business it's quite a major impact to us on our cashflow and basically puts an extra strain on what is quite a slim margin business anyway."

Mr Hollins received a letter from LIC on 17 February which said after a review it had decided that to be sustainable, and as a seasonal business, it had to change the payment terms.

Its chief financial officer, Linda Cooper, wrote it was a challenging time for the dairy industry.

"We saw the results of this last year with LIC recording a loss for the first time in its history."

However, a week before the letter it reported a 21 percent boost in profits for the latest half-year - to almost $20m.

It is forecasting a return to a modest profit for the full year.

Mr Hollins wrote back to LIC to protest last week.

RNZ left a message with the company yesterday and later that day Mr Hollins got a phone call from them.

"They phoned up basically in response to my letter and they agreed to take the same terms as previously. I did tell them I thought it was a bit rich, you know, a company that just had an increase in revenue trying to gain working capital from me.

"It's pretty poor show when a large company has a go at small companies and almost bullies them into submission."

Mr Hollins said without the backdown he would have had to put his prices up and that would hit farmers and consumers down the track.

Jenlogix did $27,000 in business with LIC in the last few months.

Ms Cooper said there had been very little criticism of the move.

"There hasn't actually been much pushback on the change, but we are happy to talk to our vendors on a case-by-case basis.

"If they don't fall within the set criteria exclusions that were set at the beginning, we won't be changing those terms."

Exclusions are for farmers, smaller businesses and those with a high payroll, such as cleaners.

Ms Cooper said the longer payment terms would make it tougher for some suppliers.

"Yes, we understand how tough business conditions are out there, especially in the rural sector, and that's why we specifically excluded low-spend vendors and farmers from the change ... we spent a lot of time looking at the vendors and who we think actually has the capacity and volume of business to work with us in this way."

She said she rejected that it was bullying by a big company.

The payment change comes after Fonterra moved last year to pay suppliers less and make them wait 90 days instead of 30 for payment.

It provoked a supplier backlash and National MP Chester Borrows accused it of bullying.