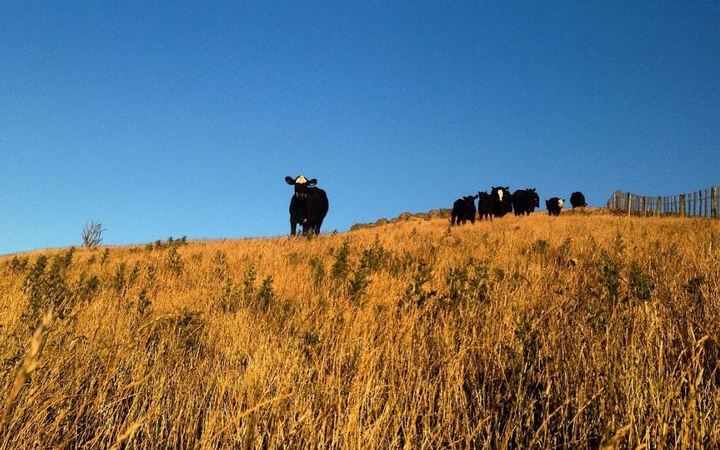 Hot summer weather is starting to bite for Hawke's Bay dairy farmers, who are culling cows and moving to once-a-day milking because of feed shortages.

The region is not officially in drought, but some farmers say it is not far off.

Dairy farmer Nick Dawson milks nearly 400 cows west of Napier in Patoka. He has farmed in the region for about 15 years.

He says the drought-like conditions came earlier than anyone expected.

"We are [milking] once a day since Christmas, which is unusual for us. A lot of our crops haven't done particularly well, which is a worry.

"[We] provide for winter with the summer crops, so it's put a big hole in our feed budget. There's no grass, so we're supplementing heavily with palm kernels and whatever we can get our hands on really."

"We've done all the culling we can do, but I'm sure everyone else will be. We are hanging out for our pregnancy testing and after that we will cull them straight away.

What Mr Dawson initially expected it to be a good season was "going to be tough".

He did not think a government-declared drought would help much.

"What you receive is quite minimal and we don't really want a sympathy vote.

Other farmers in the region were in a similar position, he said.

"It's quite a widespread dry period and it's an early dry period for us. We don't really expect more rain for two months unfortunately.

"We're all in the same boat, we're all worried about what's around the corner."