A Hawke's Bay beekeeper says it is the worst season for honey production that he has seen in over 20 years. 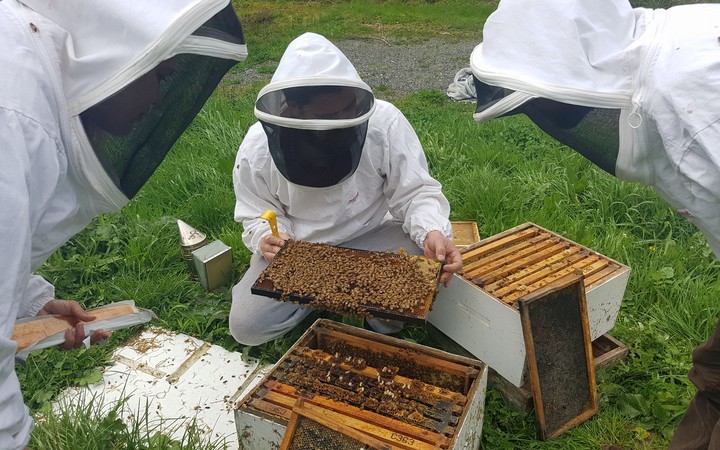 Apiculture New Zealand Hawke's Bay chair John Berry said there was no clover to feed the bees and large amounts of manuka were still damaged from the region's snow storm in spring.

There was little or no honey in most areas, Mr Berry said.

"In Hawke's Bay it's been terrible. It's been too dry but also, for no apparent reason, there has been no clover and almost no manuka flower.

"I've seen seasons as dry as this before when we've still got a reasonable crop of honey, but there's just been no flower at all. Most places have been too wet and cold but we've been too hot and dry here."

There would be some places with a honey crop, but they would be few and far between, Mr Berry said.

"Certainly in Hawke's Bay I expect it to be the worst easily in 20 years."

Mr Berry, who had been beekeeping for many years, always kept back some honey to cover bad seasons.

Others would not be as well prepared, he said.

"It basically means you work for two years with no income at all, so some of the new beekeepers that are starting out are going to be really suffering."

There were "far too many" hives in some places, he said.

"Where there is overstocking the situation with a lack of flowers becomes even more critical."

He had heard reports of 4000 hives being flown into areas of manuka and getting no honey at all.

"It's probably costing them $200 a hive just to maintain the hive for the year, then goodness knows what they are paying in helicopter fees and land owner fees," he said.

"There's going to be some pretty low bottom lines this year."

Apiculture New Zealand chief executive Karin Kos said it was too early in the season to calculate the honey production figures, but it was already clearly a bad season.

"Reports I'm getting from around the country are consistent - unseasonable weather conditions are really affecting honey production."

However, the crop in mid-Canterbury was reportedly very good, she said.

The honey collection season runs from about October through to February.

Comvita hit by fall in production

The company said wet, cold, and particularly windy conditions had significantly reduced its forecast from 974 tonnes of honey to about 380 tonnes.

Chairman Neil Craig said the fall in production and new trade rules in China, which affected sales, were key factors in Comvita's expected loss of between $7 million to $7.5 million for the six months ended December.