A man who ill-treated bobby calves at a Te Kauwhata pet food plant has had his sentence of home detention quashed and replaced with jail time. 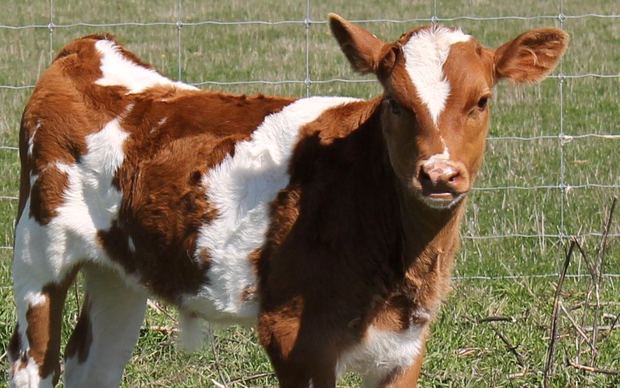 A file photo of a bobby calf: Noel Erickson, 38, has been jailed for two years on 10 charges of cruelty to 115 calves. Photo: RNZ / Cosmo Kentish-Barnes

Noel Erickson, 38, was originally sentenced in the Huntly District Court in July to 10 months home detention and 200 hours of community work.

He was convicted on 10 charges over the treatment of 115 bobby calves at the plant, in Waikato, in August last year.

The charges were laid after secret video footage was taken by animal rights groups.

The footage showed Erickson throwing and dropping calves onto the ground, kicking and hitting them, and dragging one under a gate.

His original sentence was appealed by the Ministry for Primary Industries on the grounds that it was inadequate. The appeal was heard in the High Court in Hamilton on 28 October.

In a written decision released today, Justice Courtney upheld the appeal, and sentenced Erickson to two years in prison.

Justice Courtney said it was unclear from the district court judge's decision whether she had taken into account Erickson's lack of training and supervision when setting a starting point in her sentencing, or if she had only taken it into account as a mitigating factor.

Justice Courtney said she approached the appeal on the basis that the judge did make an error in her treatment of this.

She said, with mitigating factors taken into account, such as a 25 percent deduction for Erickson's guilty plea, a starting point of two years and six months was appropriate.

Inevitably, she said, it meant that a term of imprisonment for two years, rather than home detention, was the appropriate sentence.

The Ministry for Primary Industries has welcomed the decision to jail Erickson.