Farmers selling beef calves are getting top dollar for their animals this spring because of the drop in dairy cow numbers, says a Waikato livestock auctioneer. 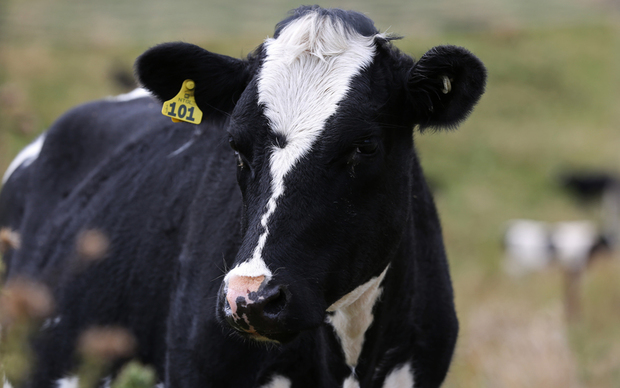 AgriHQ figures show top hereford and fresian bull calves selling for up to $290 early this month and dropping back to about $250 last week.

Neil Lyons, a Wrightsons livestock auctioneer, says prices have been impressive this season and he has also noticed a huge increase of white-head bull calves.

"Calves are selling well above any works price and it's been good cash flow for the dairy farmers and why wouldn't they sell those good white head calves instead of sending them to the works. Most guys are making a hundred-odd dollars and the best of them are up to $280 dollars."

Mr Lyons said it had been more consistent than previous years.

"Normally this time of year prices are dropping off considerably, but this year our numbers are holding up and we've been getting good calves."

Calf prices will drop off toward the end of spring, but then there will be plenty of people buying weaner cattle which should keep prices up, said Mr Lyons.

A new Rabobank report into the Australian and New Zealand beef industry said that the peak in prices would not hold and farmers should be cautious when expanding production.

New Zealand farmgate prices were expected to remain high for now, but then come under pressure from a rise in global beef and animal protein production.

Rabobank's animal protein analyst, and the author of the report, Mathew Costello, said the aim was to look further ahead.

"We do see currently, but more so in the future - some significant headwinds. It's an optimistic outlook yet a cautionary tale, so what we do expect is average prices over the next five or so years to be higher than what we've seen historically.

"That is driven by lower domestic supply out of New Zealand given what we've seen the last couple of years with herd liquidation as a result of the dairy down turn."

Mr Costello said there is an imbalance globally between farmgate prices, particularly young cattle prices in New Zealand and what the export markets are paying for some of the products.

"We are forecasting at Rabobank record global beef production out to 2020 so an additional 5 million tonnes of beef produced.

"Albeit it there are some positive demand signals, particularly out of China."

Mr Costello said an example to be reminded of was the New Zealand lamb industry when lamb prices fell by about 40 percent in the space of 16 months.