Journalists have been taken on a tour of Christchurch's earthquake damaged town hall, ahead of Thursday's decision about how the building will be repaired.

Last year, councillors decided to conserve most of the building, including the main auditoriums.

The council's project manager for the Town Hall repairs, Patrick Cantillon, says the worst damage has been to the flooring and underfloor concrete slab.

Mr Cantillon says that's because the building slumped towards the Avon River during the February quake. He says it needs to be relevelled but other than that the building itself has held together well although not all of it is necessarily safe.

On Thursday a decision is expected to be made about whether the southern wing, which features a restaurant and function room, will remain as it is or be replaced by something modern. 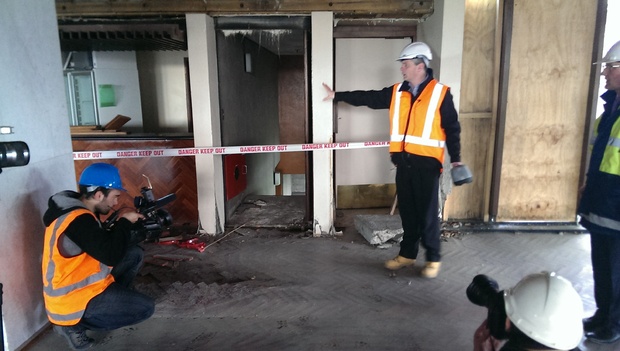