A High Court judge has ruled that offers to purchase uninsured and vacant land in quake-affected parts of Christchurch were not done according to the law.

The Christchurch suburb of Brooklands was badly damaged in the February 2011 earthquake and was designated a red zone in November that year.

The Canterbury Earthquake Recovery Authority offered the owners of uninsured properties and empty sections 50% of the land valuation. 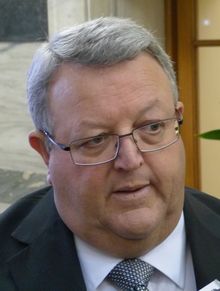 A total of 46 land owners filed for a judicial review of the legality of the decisions made by CERA chief executive Roger Sutton, and Earthquake Recovery Minister Gerry Brownlee.

They argued it was a compulsory acquisition and not a voluntary offer.

In a ruling handed down on Monday, Justice Panckhurst said the decision made to offer to purchase the properties at 50% of their rateable value was not according to law and should be set aside.

Justice Panckhurst also ruled that Mr Brownlee and Mr Sutton reconsider and reach a new decision on how to purchase the properties.

Mr Brownlee is taking legal advice and isn't ruling out appealing. CERA has refused to comment.

Christchurch lawyer Grant Cameron is acting for the landowners, who want a 100% payout on their red zoned land.

He says while the ruling doesn't mean they will automatically get that 100%, the Crown will have to review its decision making process and justify why some residents get a full pay out and some get half.

"... it does mean that the Crown will have to go through very carefully its decision-making process and analyse very carefuly why it would not treat people on a uniform footing. There's been a factual finding that there was a clearance programme being carried out here by the Crown."