The artist who created the 185 Chairs earthquake memorial in Christchurch says he has had to replace about 20 that have been vandalised or stolen in the past 18 months.

The installation was unveiled on the first anniversary of the February 2011 earthquake and features 185 painted white chairs representing the people who died.

Artist Pete Majendie says since the exhibit was created chairs have been stolen, slashed and even burned.

Mr Majendie says the installation sits across the road from the collapsed CTV building site and he checks it most days to see if there has been any new damage or theft.

Most recently, a painted white wheel chair was stolen but he has already had an offer to replace it.

Mr Majendie said he is thinking about creating a permanent version of the exhibit with aluminium or resin chairs. 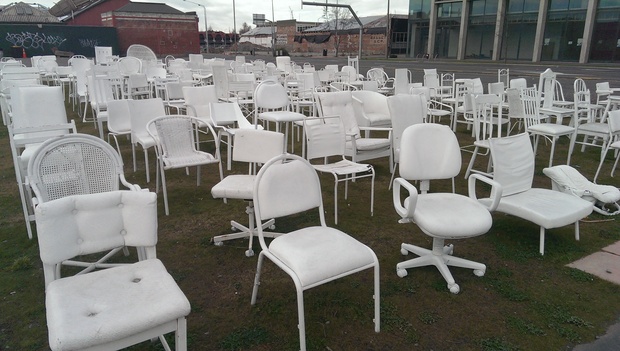