Security guards will be standing at the doors of at least one major retailer's outlets to help manage the expected crowds and queues of shoppers returning in Auckland today. 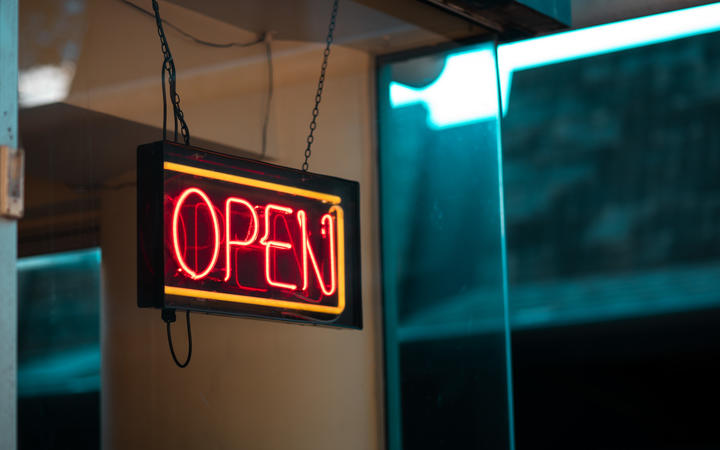 It is day one of alert level 3, step 2 for the city and retailers are flinging open their doors for an expected rush of pent-up demand, while many museums, zoos and libraries are gradually re-opening.

Rebel Sports and Briscoes will have security at every door to manage queues and ensure people obey the step two measures.

The group's managing director Rod Duke said they were prepared for crowds.

"We think it's going to be spectacularly bigger than that period and so we've just hired some people to make sure people check in properly, make sure they've got masks and social distancing and just a bit of crowd control."

Duke said the group was expecting thousands of customers.

"We're fully prepared, the stock's been moved and topped up, people have all received their work schedules and we're ready to go. The deep cleaning's been done, we've got guards on all the doors, we think we're going to be extremely busy and we're well prepared."

Some keen shoppers queued at Sylvia Park overnight to be the first through the door for a new shop's opening just after midnight.

One told RNZ she had turned up the night before to camp out but was told to leave by security due to lockdown restrictions.

Swimming pools, cinemas and theatres remain closed at step 2 but malls can re-open.

For those after a dose of culture, many of Auckland's family attractions are opening their doors again tomorrow or later this week.

Motat can host 100 people at a time, and Auckland Zoo is inviting its members to pre-book time slots online from Thursday - a partial opening while part of the zoo is under construction.

General manager Dan Henderson said that allowed them to have 500 visitors a day, rather than the 2500 on a busy pre-Covid-19 day.

"They enjoy coming to the aquarium where there's a reduced capacity, it's a quieter experience, there's more space to move around."

And there's a new star attraction at the aquarium.

"We run New Zealand's only turtle rehabilitation centre and this turtle washed up on Piha beach in September so she's been recovering with us with assistance from the Auckland Zoo vet team and she's been affectionately named Delta."

Butterfly Creek will re-open today without a flutter - it imports pupae and the shipments were Covid-19 delayed but the giant saltwater crocodiles are expecting visitors.

Auckland libraries will continue offering click and collect, expanding the service to all 56 libraries from tomorrow.

Council general manager of libraries and information and Mirla Edmundson said they could not re-open just yet for practical reasons - they were still figuring out two metre distancing among the shelves and whether they would have enough staff on site.

"We'll be watching with baited breath at one o'clock to see what announcements are made around education because as you can imagine we've got hundreds of staff and many of them are parents. We're having to take account of some of those responsibilities that people have at the moment with working from home with young children," Edmundson said.

Minister of Education Chris Hipkins will today announce whether Auckland primary students can return to school next week.

Since opening 18 libraries for click and collect, avid readers have checked out more than 28,000 books, and put holds on 61,000.

"It's very frustrating to have a service that's loved by Aucklanders and not be able to offer it in it's full capacity. We're here for the long game and we're all just holding on for the next few weeks and we want to be back in business fully as soon as we can," Edmundson said.

And for those wanting more of a rollercoaster ride than lockdown brings, Rainbows End re-opens on Friday.