Auckland hospitality businesses desperate to reopen their doors say the government's increased financial support will only put a small dent in their bills stacking up over lockdown. 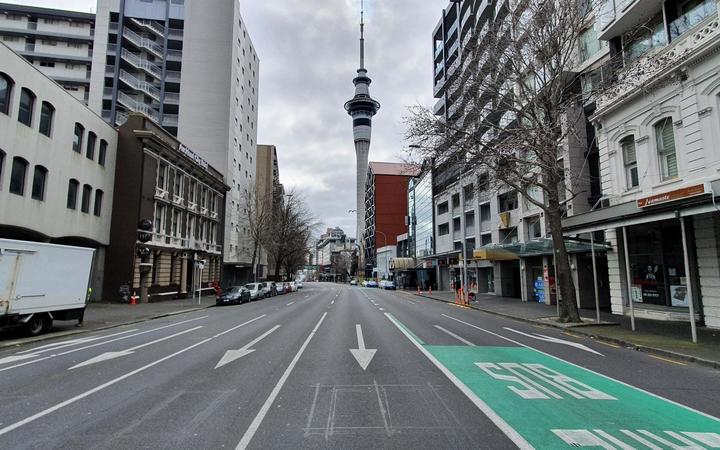 The government announced today it will shift to a traffic light system, including vaccine certificates, once all DHBs hit 90 percent full vaccination rates.

It was also boosting Covid-19 Resurgence Support Payment, with the aim of helping businesses hit by lockdown.

From 12 November, this will double to $3000 per eligible business and $800 dollars per full time employee, with a maximum of 50 employees, each fortnight until the country shifts to the traffic light system.

Newmarket Business Association chief executive Mark Knoff-Thomas welcomed the introduction of the vaccination target and the increased resurgence payments, but said the timings were off.

"I would have thought they could have actually done [the payments] from next week as opposed to the 12th November."

He was especially frustrated the vaccination target set was an unknown amount of time away.

"There's a lot of people who are very stressed, and feedback I've had from retailers and hospitality providers today was they're pretty upset... they just want to trade, and the overarching sense is most people have followed the rules, they've got double-vaccinations done ... but the goalposts keep being shifted."

Implementing the traffic light scheme wasn't likely to be a major barrier, because of the strong will by businesses to get back to work, he said: "People will make it work."

He welcomed the boost to the government's Resurgence Payment, but thought it did not go far enough and said many businesses would go insolvent before they could begin operating as normal.

"We're a tiny business and we've been injecting $5000 each week for the last 10 weeks from our own capital. I can only imagine what other businesses have been having to inject over the same time period."

Aitchison wanted vaccination certificates rolled out immediately so people could get on with their lives, while those that are unjabbed were left out in the cold.

"I was a little reticent about people's civil liberties in the beginning, but there's a percentage of people who are holding us back, so we can't let those people hold us to hostage essentially," Aitchison said.

The increased government help would only put a small dent in the bills which kept stacking up.

"It's gonna nibble into the bills that keep coming in ... its better but it's not the full antidote."

He welcomed the clear 90 percent vaccination target and vaccine certificate - his joints would only serve punters who have got both jabs.

"If you can't prove your vaccination status then find somewhere else to go."

But he did anticipate some downsides of the no jab, no entry policy.

"We've gotta manage people who perhaps become disgruntled or aggressive about not being allowed in. Operationally, there's costs of having someone checking vaccination certificates. We've got our heads around that logistically, but we'll definitely be taking part."

Small Business Voice chief executive Max Whitehead agreed the government's extra support would be greatly appreciated, but it was too little, too late for some.

"It's a pity it's not backdated but we'll take anything we can right now. I think some businesses have gone too far already."

The government is also offering a $60 million fund for business advice and mental health support in Auckland.

Businesses will be able to apply for up to $3000 for advice and planning support, and up to $4000 to implement that advice.

Whitehead thought the mental health support was sorely needed, especially after fielding calls from distressed business owners who were under the financial crunch.

Minister of finance Grant Robertson believed government support should not be available to any business that should use a vaccine certificate and choses not to, but this was yet to be put in stone.

Auckland Mayor Phil Goff thought its common sense that businesses who did not play ball on the vaccine certificate should not be eligible for financial support.

Echoing the government's message, Goff urged people to get vaccinated if they want to be able to visit their favourite pub or cafe as normal come summer.