Auckland hairdressers and barbers say they need more targeted financial support if they are going to make it out of lockdown intact. 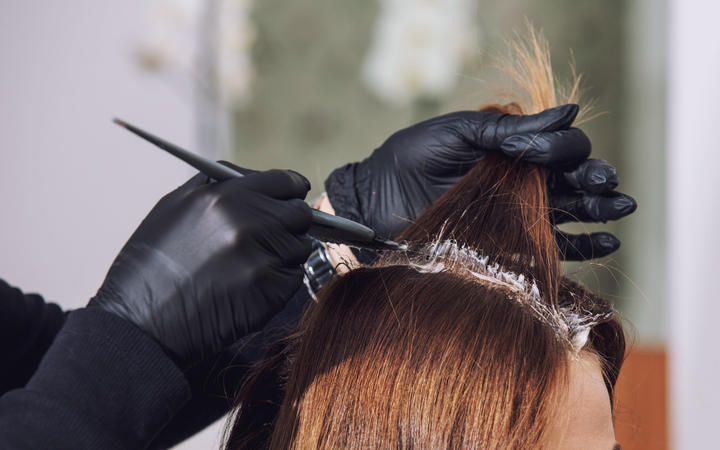 Tayla Carpenter is the owner of Tayla'd Styling in Silverdale, on Auckland's North Shore.

She is well respected in the industry having won Top Performing Stylist of the Year and New Zealand Hair Salon of the Year in 2019.

She has owned her salon for almost eight years but, as Auckland's lockdown drags into its 10th week, her financial stability is only getting shakier.

"It's a huge burden hanging over our heads and not knowing if we can even survive this as a salon and the bills don't stop coming in.

"Even when I've talked to some companies to try and get some discounts on things, it's still a least about $4000-$5000 in debt a week for me to carry on. So that's $35,000 already that I'm up to. It's starting to come out of my personal pockets as well and it's just not stopping. It's really scary to see something that you've worked for and to see it all crumbling away."

"And for my team as well, the uncertainty of not knowing when they can go back to work. It's a stressful time and it's emotional for all of us."

Under level 3, hairdressers and barbers are allowed to sell hair products via contactless pick-up and delivery which has helped.

So far during lockdown, Carpenter has sold around $6000 in products, which has paid for four weeks of rent and some additional bills. Over the weekend, she came up with the idea of selling 'at-home colour kits' for her regular customers, which has generated $2000 in revenue. 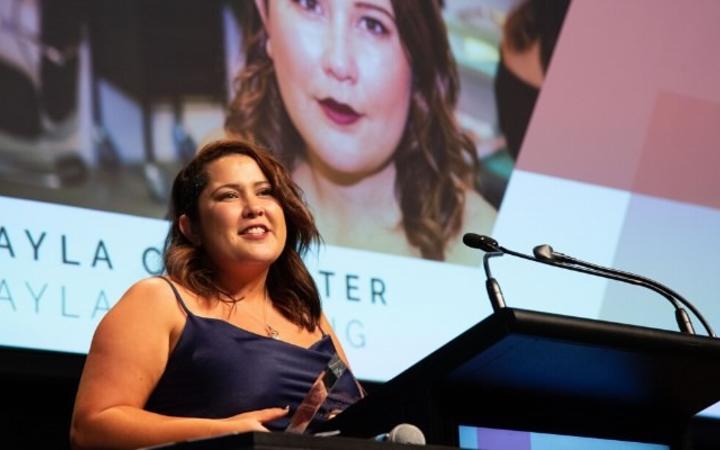 The kits include each client's personal colour, instructions, gloves, a cape, a mixing bowl and a brush.

"We have to diversify. It is survival mode. And for us being able to give colour clips to our clients, it's making them feel amazing and giving them a bit of fun. Something to do at home, but obviously it's only like root colours or toners."

The three-step roadmap out of level 3 for Auckland sees zoos and museums open before hairdressers, which Carpenter said is frustrating.

"Being able to go to the zoo or the pools in phase two but you can't go to the hairdressers is just silly. In our industry we have to be super safe anyway. We wear PPE, we disinfect each station. You get a new cape every time and we contact trace everybody, I feel like it's just a bit unfair."

Carpenter employs five staff and said she is grateful that they are receiving the wage subsidy and resurgence payment but it isn't enough for a small business owner.

"That doesn't cover everything and I'm at $35,000 now and counting and it's just a lot of debt take on. Maybe they could give more help in that way. You've got your rates and your utilities and insurances and you know the list goes on."

Salon owner and chair of the industry association Hair and Barber NZ Niq James said he wants hairdressers to be able to open at the next stage of the roadmap, alongside hospitality and retail.

"You can't click and collect a haircut or Uber a haircut, so we actually can't make any money until we drop down to stage 3."

"We've worked with the Ministry of Health to do some guidelines that are over and above what is required just so we can show that we can work at a really safe level. We think that with those coupled with the extra precautions that we are taking, we should be able to go back at the same level as hospitality and retail."

He said Auckland will undoubtedly see salons close their doors as they struggle to make ends meet. He's calling for clearer guidelines and targeted financial support to aid the industry.

"It's really difficult. We've got bills that need needed to be paid from last month and the month before, now hairdressing and barbering may not go back at Christmas time."

When Prime Minister Jacinda Ardern announced Aucklanders could go on socially-distanced picnics with their friends, hairdressers were flooded with invitations for clients who wanted a cut.

James said, although the large majority of people are following the rules, there is a minority who are breaking and bending the rules to see clients, which he says is not good enough.

"Some people have been advertising on Facebook and other marketplaces that they can do haircuts or people have asked. Some of them are doing them at home. We have been told of some businesses that have actually opened. We're really worried about that because the more that happens, the more the risk increases of passing Covid-19 on or it going undetected."

The government will make further announcements on Friday about the next stages of the Covid-19 response plan.