The rate of house price growth is picking up, as the number of new property listings decline during lockdown. 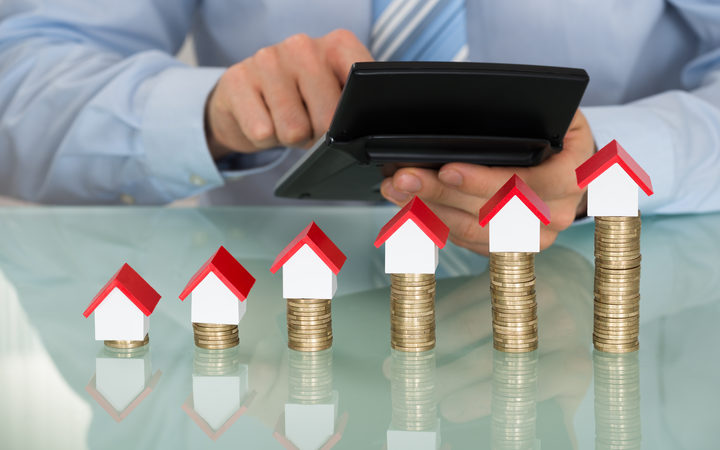 The annual growth rate was down 0.3 points to 26.3 percent, with the national average value now at $977,456, while the average house price in Auckland was up nearly a quarter on a year ago to $1.39 million.

"Ongoing lockdowns are continuing to impact the number of fresh listings, particularly in Auckland and this has possibly contributed to another strong month of value growth, with buyers continuing to vie for limited stock," QV general manager David Nagel said. 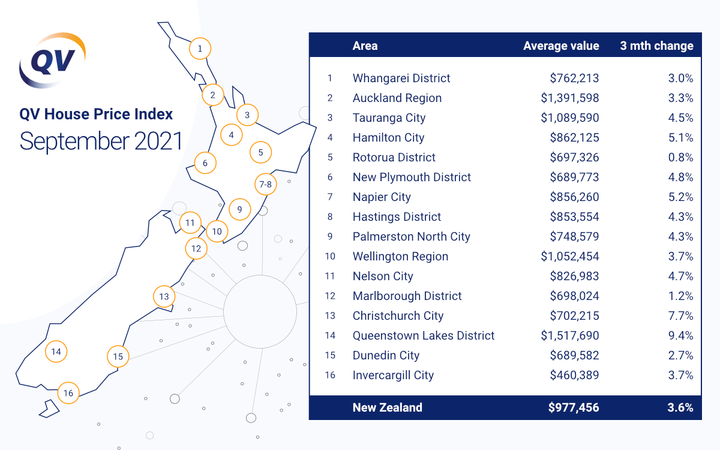 However, Nagel said there was evidence to suggest that some of the heat would come out of the market in the coming months.

"We're hearing anecdotal evidence from agents that appraisal enquiries are on the rise in many locations - a great signal that spring might finally provide the listings we'd normally expect," he said.

This would provide some welcome relief for house hunters, Nagel said.

The Reserve Bank's decision to raise the official cash rate and introduce tighter lending restrictions, combined with interest deductibility changes on investment properties kicking in from October, could slow the rate of house price growth, he said.

However, Nagel acknowledged it was unlikely house prices would fall in the foreseeable future.

House prices rose in all 16 of the country's main regions.

Central New Zealand continues to show the strongest annual rate of value growth, with three of the four fastest growing regions all in the lower North Island.

Average values in the Manawatū-Whanganui region grew by 35 percent in the past year, while Hawke's Bay and the greater Wellington region recorded annual growth of 33.2 and 32.3 percent respectively.

Growth in Rotorua continued to slow in the three months to September to 0.8 percent, down from 1.9 percent the month earlier.