The government's home isolation trial still leaves New Zealand businesses essentially locked down until next year while the rest of the world opens up, a chief executive says. 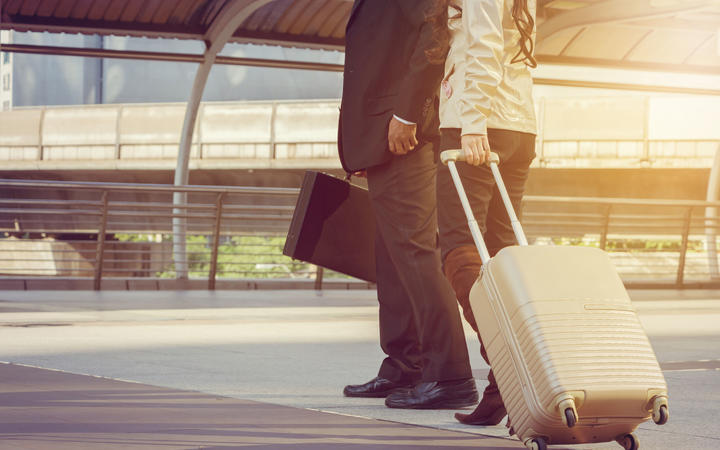 The pilot scheme will allow 150 business travellers to skip MIQ and instead isolate at home, to test whether it is a safe alternative to the current system.

The rules include mandatory monitoring and isolating in a property with no shared ventilation system.

AFT Pharma chief executive Dr Hartley Atkinson says New Zealand has been closed off for travel for more than 18 months and the rest of the world is now opening rapidly.

"People that we're working with are travelling regularly between the US and Italy, for example, so it gets to a point where to get the best results you really can't keep doing it virtually, it has to be face-to-face."

His company was still growing, but to achieve its big plans it needs to be able to send people overseas.

The firm has coped with the border closure by relocating some staff to Europe, Atkinson told Morning Report. His fear is that smaller firms like tech companies may "up sticks" and set up in places like Australia.

Atkinson says infrastructure and "all the important things that generally people want" come from money generated by exports.

Orion Health chief executive Ian McCrae said his healthcare software firm needed to send 10 people to the Middle East for project, and would normally send around 20 staff to an annual conference in the United States, but the business sector was essentially locked down until next year.

"It looks like we're going to be locked down as a sector until 2022, another four months time, because the pilot takes another three or four months to run its course.

"The real issue is the rest of the world is opening up, I don't see this sort of pilot in any other country."

"A customer in the US likened New Zealand to a totalitarian state, he said. "I said to him how he was completely wrong, we've done some things very very well in this country but that's the sentiment we are increasingly getting from our international customers because their countries are all opened."

While New Zealand did not have the deaths from Covid-19 that other countries have had, there were consequences for the country and companies of businesses being unable to send staff overseas, he said.

ExportNZ executive director Catherine Beard expects there will be big demand for spots on the pilot scheme.

She said frustration with border closures had been building.

Companies could cope for a short amount of time but as the world got back to face-to-face meetings and trade shows, businesses had to be able to meet international customers.

"I think from a business perspective it will feel like this has been a long time coming. It feels like we might have been treading water for some time and of course now people are fighting fires with Delta in Auckland but it feels like we could have had a lot of stuff happening more quickly."

Beard says business travellers have always been classified as low-risk, with green lanes to expedite getting across borders, and companies will be highly incentivised to make the pilot scheme work.

Six months down the track, New Zealand will hopefully be highly vaccinated and the country will be moving into a different phase of living with Covid.

"It's a competitive world we're working in - if we don't get those customers, international competition will take them."

Beard said it New Zealand companies no only wanted to send people overseas, but needed people with technical skills to come into the country to oversee installation of plant and equipment.