A consulting group has given most of the country's major listed companies a fail grade when it comes to way they support their code of ethics. 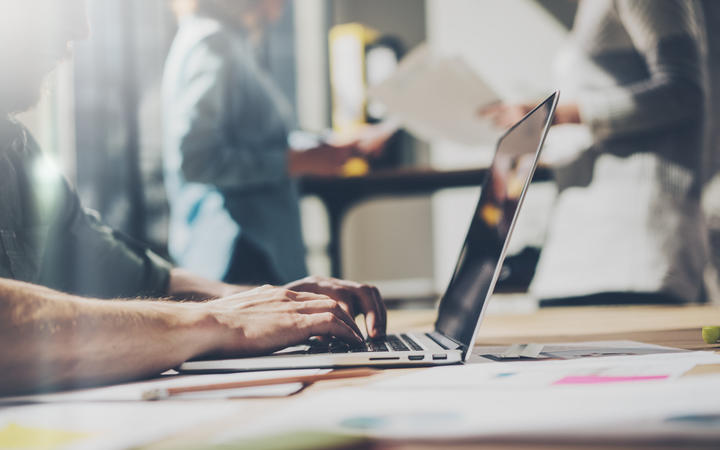 The report prepared by advisory and consulting group The Ethics Conversation indicates the main reason for the poor outcome was a lack of leadership from the top, with 70 percent of chief executives seen as not doing enough to champion their culture and ethics.

"It's disappointing and a missed opportunity to more deeply embed ethics and good conduct when the highest paid executive fails to make themself visible in endorsing ethical behaviour, and its importance, given the NZX requirement for a code," report author Jane Arnott said.

"I think that particularly with the new generation coming in, and since we are now looking at a broader stakeholder appeal and the primacy of the shareholder is losing attraction, the goodwill of the company is becoming more significant," she said.

"I think there's a whole new generation that are saying, hey, what's your purpose, what values are you living up to, what do I want to belong to and investors are doing it too. They are saying very actively, we want to invest in companies that we can respect in the marketplace and we want to see leadership."

The review marked companies out of 10 for style, language and tone, user friendliness and leadership, and speaking up.

Arnott said Fletcher Building was one that achieved 10 points.

"Fletcher Building has done a remarkable turnaround from the code of ethics that was drafted under (former chief executive) Mark Adamson to the one that is being used with (current chief executive) Ross Taylor, is a 100 percent improvement," she said.

Five other companies obtained a perfect score against the five key measures, while 14 just scored one point, and 29 scored fewer than five points.

She said a lot of improvement was needed, adding the "clanger award" went to a dual listed company with a branch network throughout New Zealand that stated its purpose within its code of conduct as helping Australians succeed.

Arnott did not name the company, but Westpac NZ owned it, although it otherwise scored among the best of the bunch in the review.

The bank said it was working on improvements to the code and would soon release an updated version with a stated purpose of helping Australians and New Zealanders succeed.

Arnott said another area of concern was the punitive nature of some company codes, which were little more than copied and pasted from NZX's Corporate Governance Principles, with just 22 percent of companies specifying how those values worked in practice.

"To not have any values attached to a code is to believe that ethical behaviour amounts to either following or breaking rules. The code becomes inordinately black and white and punishment oriented," she said, adding Z Energy and Spark also scored a perfect 10, by demonstrating strong leadership.

"We want the CEO to be seen as part of the team, not some overbearing body saying you must, you will, you will not. That's not the language that works."

Arnott said whistleblowing or speaking up was another area where more effort was needed.

"Resorting to coercive language and a bullying tone ("you must immediately report a breach") as some codes seemed to do, showed little insight into the practical challenges, doubts and reluctance whistleblowers experience."

She said best practice was to make employees feel safe and supported to speak up.

"Whistleblowing can be seen as biting the hand that feeds - so enabling an employee to turn to a neutral and professional third party to help manage the issues raised is generally a good thing," she said adding that the review of the Protected Disclosures Act may address some of the issues raised by the report.

The study replicated a review done by Institute of Business Ethics UK (IBE) of FTSE 100 companies, and applied the same methodology used by the IBE to NZX listed companies.

Arnott said she intended to conduct the review annually to measure progress towards effective codes of ethics within New Zealand's biggest companies.

In the meantime, she hoped market watchdog NZ RegCo would have a good look at the findings of the report.