Flexible working conditions are being seen as an important tool to prevent New Zealand tech companies from losing staff to big overseas firms. 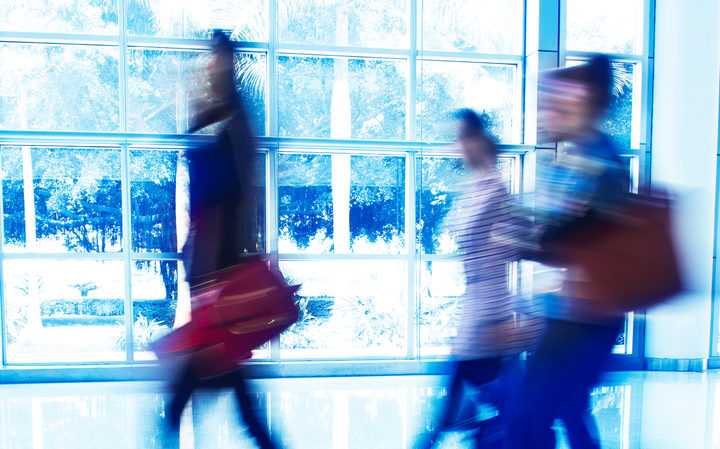 Christchurch-based Jade Software, which is looking for 25 New Zealand based staff, said it had recently lost people to Australia.

With the company now in growth mode in what is a tight job market, it hoped to hold on to the new staff it recruits.

Jade was confident of growing its revenue from $30 million to $80m within 10 years.

Jade chief innovation officer John Ascroft said a good workplace culture was important in an industry where work could get busy.

"We obviously have to pay a competitive fee, because you can't keep people if you don't do that. But then on top of that, we try to lay out an attractive work-life balance, a culture that encourages diversity and flexible working," Ascroft said.

"I think New Zealand has some pretty much unique opportunities. For example, we had a French employee who just kept raving about the fact they could surf in the morning and ski on the afternoon.

"IT has traditionally been a sort of work hard, play hard profession and I think offering that sort of ability where people can if they want, they can work really hard, they can do stuff, but then you know, they can have some downtime as well and that's what it's all about."

He was also upbeat about New Zealand training for the tech sector.

"In the past it would have been fair to say that New Zealand tertiary institutions weren't training enough people to meet industry needs, but that's no longer the case. Local tertiary providers do a good job of training graduate engineers, which is important given the difficulties hiring people from overseas at present.

"With the immigration tap currently turned off it's more difficult to hire experienced people, but the flip side of that is that New Zealand companies often take on staff, train them for a few years and then lose them to overseas roles - which isn't such an issue at the moment. So we've got more of an equilibrium - which we hope will work in our favour."