The school holidays are just around the corner but some parts of the country are expecting to miss out on an influx of visitors from Auckland. 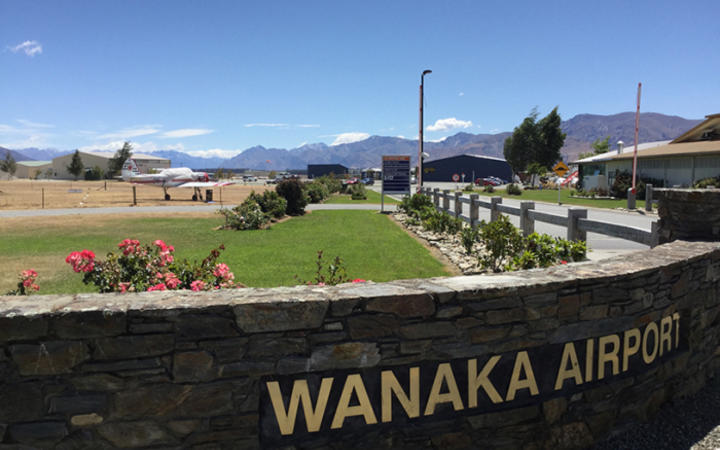 Lockdown meant Wānaka lost weeks of prime ski season and is now preparing to miss out on the Auckland dollar - and supplies - if the supercity stays grounded.

At this time of the year, Lake Wānaka Cruises would usually be taking guests out onto the water three to four times a day.

Its owner and skipper Tim Cuthbertson said they hadn't even done that many since reaching alert level 2 and he felt like they were in limbo.

"I guess the unpredictability of it is the hardest part. We'd have to be able to get staff back on, get new people trained up and get rolling. But of course you just can't do that with the uncertainty.

"I think there's a lot of uncertainty from the customers point of view as well. People don't know whether to book, people are certainly not booking ahead very much."

While it was a tight knit, resilient community, he said people were feeling the strain of Covid-19 and the loss of international visitors.

"It is wearing people down. You just feel ... the wear factor is starting to kick in. A little bit of fatigue."

He was hopeful the upcoming school holidays would provide a boost.

"I think because of the shortness of the extension. So being only a week at a time not knowing ... planning is very difficult and of course, a lot of events are waiting on what they can do under certain levels which means people aren't wanting to book or confirm very far in advance. So it's quite a struggle."

About 80 percent of their guests were short term workers - usually they'd be well outnumbered by visitors, she said.

"The winter has come and a lot of seasonal workers that come to the area don't have anywhere to stay. No rentals are available so they often turn to holiday parks as the next best option that's affordable."

Drive Accounting and Drive Marketing managing director Hayley Hobson said it was not just tourism which had been hit hard.

"But also people like builders, they're finding they are not getting the supplies from Auckland.

"Other people as well - florists, where plants come from Auckland so all those delays from Auckland not being open has knock on effects for us as well. Not just the tourists."

Last year, she said businesses received the wage subsidy within a couple of days.

But Hobson said it was a more complicated, harder criteria and time consuming process this time around.

About 10 percent of her clients hadn't received the subsidy from the lockdown and they were struggling, she said.

Ignite Wānaka general manager Naomi Lindsay said some owner operators have had to work seven days just to get by, and couldn't afford to pay the shortfall in the wage subsidy.

"They're just not in a position this time around and so that's really tough on everybody, and what happens is staff members can't survive so they leave town and then what happens when we get to summer and hopefully we're back at level 1 and businesses can't find staff again.

"So there's a real concern around the knock on effect of this lockdown for summer and autumn as well."

The alert levels had stopped big crowd-drawing events like Snowboxx and the Winter Games from going ahead and encouraging visitors to the region.

Some event businesses were reporting 80 percent losses over the next few months, she said.

"But at least by operating at level 1, they can maximise the business that's there, not turn people away.

"Imagine being a business owner and being able to open and having to turn away business at the door."

Wānaka businesses said widespread vaccination and Aucklanders being able to travel again would be the best case scenario for now.