Supermarket staff say they have been left in the dark over shortages of meat products at Countdown this weekend. 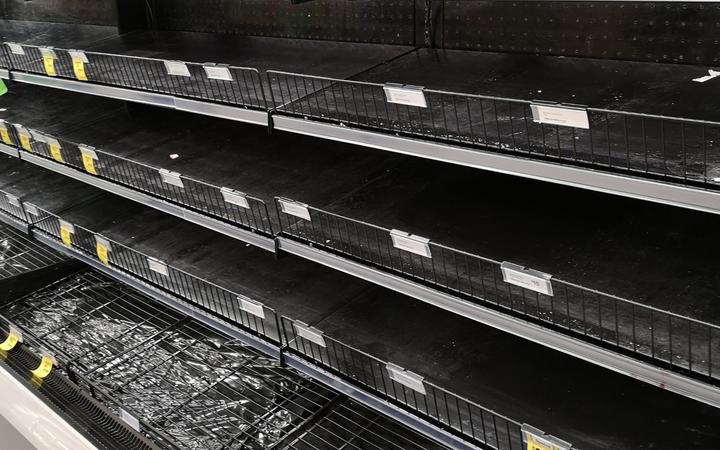 Shoppers have taken to social media to describe the empty shelves in the meat departments of Countdown stores in Auckland.

Empty meat shelves at Countdown yesterday at 1pm. Only half way thru the day & many people queued up only to find empty shelves. Dairies are open so why not butchers & fruit & veg? How does 100s going to 1 location i.e. supermarkets reduce contact risk? Surely it increases it! pic.twitter.com/owvSAQfkfm

why does countdown have no meat?

A store worker, who asked not to be named, said staff had not been told what to tell customers.

The supermarket chain said a small technical issue that affected meatpacking and delivery in the North Island has since been resolved.

One staff member said an IT fault at a new meat processing plant affected 147 stores and those still waiting for deliveries should get them by the end of the day.

In a statement she said customers should see meat supplies back to normal shortly, however, in the meantime, there was a limit of six meat packets per customer.

In addition, 300 staff were isolating due to being exposed to Covid-19 at 13 stores in both Wellington and Auckland. Another five stores in Auckland are now locations of interest so this would also affect operations; three Auckland stores are closed at the moment, and two more will close at the end of today due to low staffing, Hannifin said.

Adding to this, another five stores were due to close today in Auckland for deep cleaning and would be reopened as soon as possible.