Prominent businessman and philanthropist Sir David Levene has died at the age of 91. 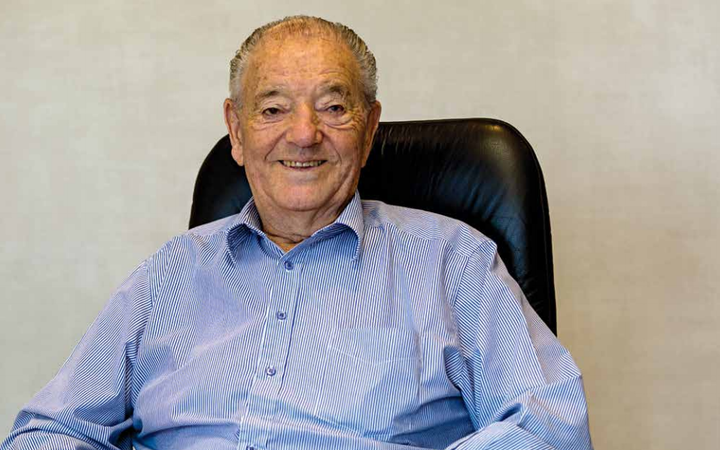 Times were hard when Sir David Levene was growing up in Auckland and his outlook on life and his views on philanthropy were shaped by early days working in the family business. Photo: Supplied

Two key factors shaped his life - watching his father, Lewis, and uncle Mark running a small paint and wallpaper business, Levene and Co, plus the generosity of his father to others in the community.

Sir David was to become a successful businessman running Levene's, which he took over managing in 1952.

Through Lewis Holdings (the parent company) and Quadrant Properties, Sir David and his team mentored many start-up businesses. Through the David Levene Foundation, several community organisations also benefited from his philanthropy.

He was born in Ponsonby, Auckland, on 19 August 1929. His father, one of 13 children, emigrated from the north of England in the early 1920s after deciding he wanted to move to the country that was the most distant from his birthplace.

His uncle, Mark, also emigrated from England; the brothers set up as painters in Auckland in the 1920s.

Times were hard when Sir David was growing up and his outlook on life, his views on philanthropy and his success as a businessman were shaped by those early days working in the family business.

"He [his father] was very good to his people, to his staff, and that rubbed off on me," Sir David once said in an interview.

For many years the business operated solely from premises in Karangahape Road but Sir David changed the firm by selling paint and wallpaper, to contractors. He also expanded the business by opening more stores around Auckland.

Encouraged by the ideas of a US businessman, he developed Levene and Co into a major force in New Zealand retailing. By the 1960s, the company had diversified, adding hardware lines and even compost. He also opened a paint factory in Ōtara.

By the 1980s he decided it was time to transform the firm into a lifestyle business.

"We became the in-place, because we had people with very good taste who would go overseas and buy, and we would be way ahead of the market in housewares."

By the time Sir David sold the business to Skellerup Group in 1994, there were 52 stores throughout the country, as well as paint and wallpaper factories. The company was employing 1000 people and had a total turnover of $150 million.

The sale turned out to be an unhappy decision, as Levene and other Skellerup-owned businesses went into receivership in 1997.

"It was terribly sad for me, because some of those people had been with me just on 50 years. We had marvellous people and it all went," he said at the time.

After he sold Levene and Co in 1994, Sir David set up Lewis Holdings, named after his father, and under its umbrella, Quadrant Properties was formed as a successful property development and property management business.

Over the years, Lewis Holdings built a substantial investment portfolio that includes biotechnology and environmental monitoring programmes, through to digital-media start-ups. 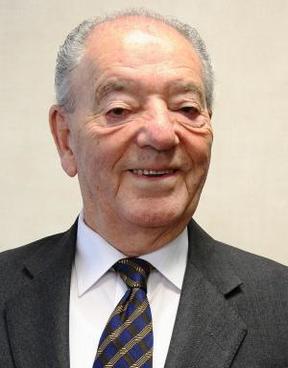 Outward Bound is among the charities for which he has been a benefactor - helping with its establishment in the early 1960s. He was a trust director and its patron.

He was a Rotary member for almost 60 years, a backer of the Halberg Trust and also a financial supporter of golfer Lydia Ko when she was rising through the ranks.

He has also supported the Neurological Foundation and was patron of the Parkinson's Society for seven years. His wife, Billie, died from Parkinsons in 2010.

Sir David was awarded an OBE in 1995 and a knighthood in 2010 for services to business and the community.

He is survived by his two children.