WorkSafe has found two companies were not following safety rules when a forestry worker was killed by a log in the East Coast. 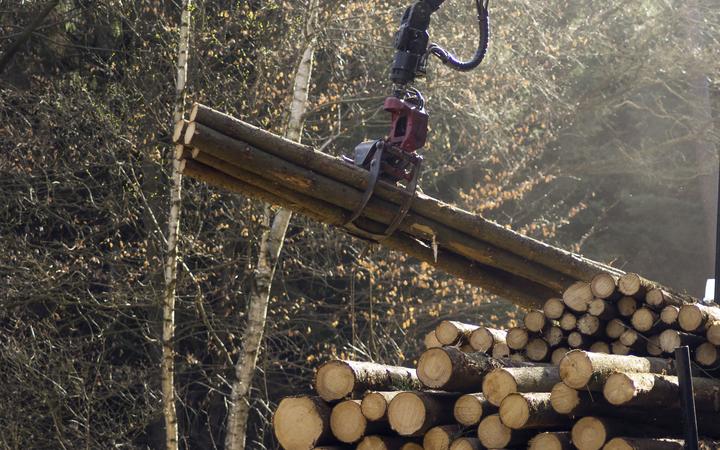 The victim was about 18-20m away from the skyline cable when he should have been at least 45m away Photo: 123RF

Earnslaw One Limited and Pakiri Logging Limited were harvesting at West Ho forest in Tologa Bay in 2019 when a worker was struck by a log that was being hauled up to the landing site.

He died at the scene as a result of his injuries.

The worker was a "breaker out" - they attach cables to felled trees so they can be hauled out of the forest.

A WorkSafe investigation found both parties had failed to ensure the work was being done safely, despite an audit in 2018 telling them about the problems.

"Audits commissioned by Earnslaw and Pakiri from May to September 2018 highlighted issues with the way in which a particular break-out crew for Pakiri was operating," WorkSafe said.

"Despite issues identified in these audits being available to the companies months prior to the incident, the companies failed to take corrective action.

"Had the two companies discussed the audit results as and when they were provided and taken action as a result of the issues identified then this tragic incident could have been avoided."

WorkSafe said at the time of the incident, the victim was about 18-20 metres away from the skyline cable when he should have been at least 45 metres away.

"This highlights the importance of clear communication and the need to follow industry practice - especially in a high-risk industry."