Hospitality students are being snapped up and restaurants are temporarily closing as the industry is hit with severe labour shortages. 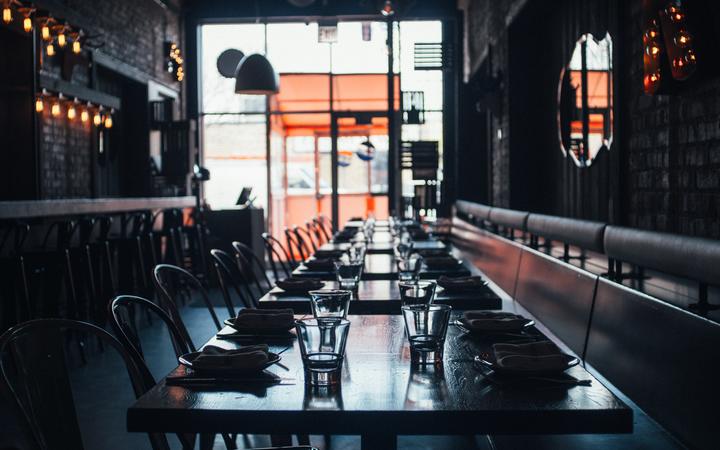 Some restaurants are being forced to close temporarily just to give workers a break. Photo: Unsplash / Andrew Seaman

The industry is calling for urgent visa extensions, border exemptions for critical workers, and extended working hours for student visas.

It comes as TradeMe reports more than a 50 percent increase in hospitality job listings - a record high.

After struggling with lockdowns, restaurants and cafes in New Zealand say they are once again at the brink of closure.

Border closures and immigrations rules are making it difficult for the hospitality industry to find enough skilled workers to run their businesses.

Veteran chef Simon Gault has joined the chorus of voices criticising the government.

He said if the government did nothing soon, the hospitality industry would be in crisis.

"I'm talking to chefs that are working seven days a week because they just can't do it, they can't find chefs, they can't find waiters because Kiwis don't want to do it and we're not letting people in," Gault said.

"One day when we re-open these borders oh boy are we in big trouble because we just don't have the workforce."

New Zealand School of Food and Wine director Celia Hay said the crisis was so bad, all of her students have already been snapped up.

"These are desperate times, employers are getting frustrated but also like we can see with the French Cafe and Cassia in Auckland they're closing to give everybody a break.

"The people who are working are working longer hours just because there's no one else to cover for them," Hay said.

She said the absence of international students' has left another hole in the job market.

"There's many things at play here, one of the situations which hasn't really been discussed is the closure of the border to international students who are able to work 20 hours a week on their student VISA and they were quite a good source for restaurants to find some part-time work to help them through their staffing issues.

"So, that whole market of international students has gone as well because they're not allowed into the country."

Infometrics economist Brad Olsen said the sector's worker shortages were some of the worst in recent history, according to figures from the New Zealand Institute of Economic Research's latest quarterly survey.

"The services are currently recording the hardest or most difficult period to find both skilled and unskilled labour since the survey began way back a good half a century ago, so, the concerns of the sector are very valid at the moment," he said.

In contrast to the agriculture and horticulture industries, the hospitality sector hasn't received government support to bring skilled workers into the country.

Olsen said the government needed to establish a long-term plan that offered a solution to those sectors struggling with workforce shortages.

"The challenge of finding workers is not something that is going to have gone away in two months time we're probably still going to be having this conversation in December this year and into 2022, so, it might take a while but at least something is better than nothing."

"It seems like we're operating on this short-term model of Covid is here for a bit and will then be gone but I think we need to start understanding that Covid is going to be here for a while and we need to plan for a longer term future, and that includes how we bring people into the country."