Air New Zealand expects to report a full-year loss of under $450 million. 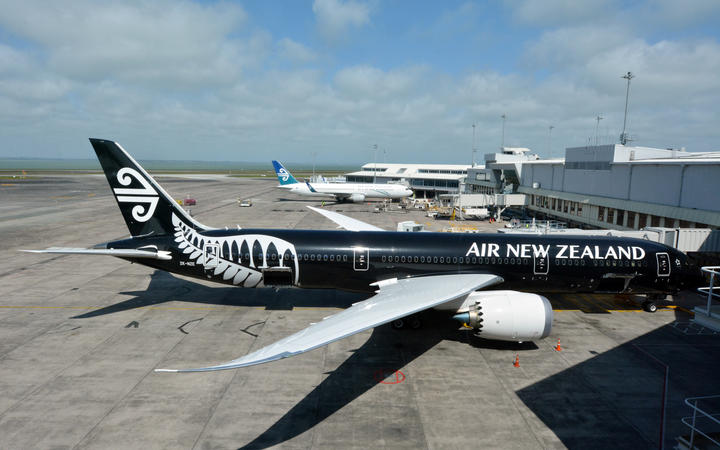 In an update to the market, the national carrier says it had not drawn down any further on its loan from the government.

It said the recovery in domestic travel and the government's contribution to its cargo business had been a significant factor in mitigating the effects of Covid-19.

In February the company posted a net loss of $72 million for the six months ended December and said it had taken significant steps to cut costs.

In its earnings guidance to the stock market on Friday the airline said it expected losses before other significant items and taxation will not exceed $450 million for the 2021 financial year.

Domestic capacity was at approximately 90 percent of pre-Covid levels, while the Tasman market was at 70 percent pre-pandemic levels following the opening of the travel bubble in April, the company's statement said. Long-haul travel continued to be a lag, with flights less than 5 percent of where they were pre-pandemic.

Its cargo business continued to be supported by government subsidies and was expected to contribute between $320m and $340m in revenue.

The government's Maintaining International Air Connectivity (MIAC) scheme provided the airline with the support needed to operate an average of 30 international flights a week until the end of October 2021, it said.

Uncertainty remained despite the domestic market continuing to perform strongly and the fact that bookings on the Tasman and Cook Islands continue to build, it said.

The airline was not expecting any meaningful recovery in long-haul demand in the 2022 financial year "notwithstanding the roll out of global vaccination programmes and the potential for long-haul borders to begin reopening progressively in the second half of the financial year".

It told the NZX underlying operating performance was expected to gradually improve over the coming financial year but international border reopenings, fuel and currency fluctuations, and the recovery of long-haul travel demand remained highly uncertain.

Air New Zealand had benefited from government support and other mechanisms totalling about $300m, which would not continue the same level in the 2022 financial year, it said.

It had not drawn down any further on its $1.5 billion loan facility from the government. The total drawn down remained at $350m, leaving $1.15b available.

The airline was still planning to undertake a capital raise before the end of September, it said.

The airline currently anticipates a loss before other significant items and taxation in the 2022 financial year comparable with that expected for the 2021 financial year.

The company had begun renegotiating the delivery date of the first of eight new Boeing 787 Dreamliners, which were ordered in 2019. The first plane is expected in 2024.

The national carrier also announced that it would end salary reductions from the start of the next financial year.

In recognition of its staff's commitment during the past 12 months, the company would be giving about 8000 staff with $1000 worth of shares.

"This is the right thing to do given the mahi and sacrifices Air New Zealanders have made to get the airline through survive and into its revive phase," Chief executive Greg Foran said.