Building activity has hit record levels but Covid-19 related delays are affecting a significant proportion of house building projects in Auckland, according to figures from Stats NZ. 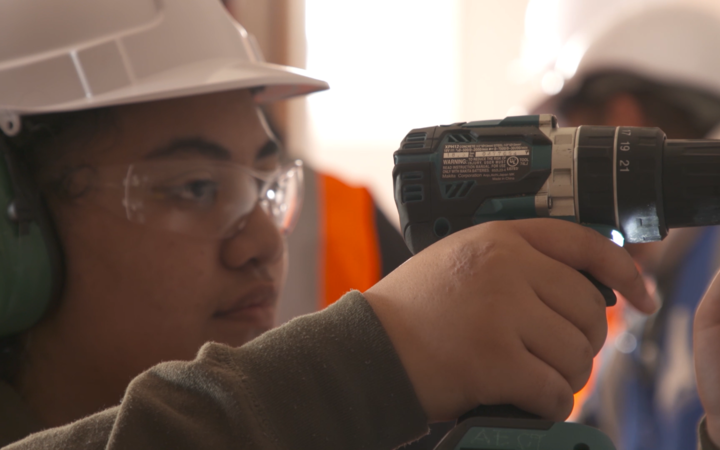 The amount of residential building work was up 4.3 percent on the previous quarter (file image). Photo: RNZ / Nick Monro

The volume of building work put in place, which excludes price movements, rose a seasonally adjusted 3.7 percent in the first quarter on the previous three months, the biggest quarterly rise in two years.

The amount of residential building work was up 4.3 percent on the previous quarter, with non-residential work growing 2.6 percent, notably school buildings and factories, after a drop in activity in the three months ended December.

The overall value of the work done in the quarter was $6.7 billion, much of which was in Auckland, although the strongest growth was in Wellington and Waikato.

The strength of the numbers added to the prospects of better economic growth for the first quarter.

Westpac senior economist Satish Ranchhod said "the better than expected March quarter construction result comes atop of other indications that economic activity has continued to firm in the early part of 2021 ... the risks are tilting towards a firmer outturn than the flat result we had been expecting".

Construction activity might soften in the near term because of difficulties in getting labour and materials, but the longer-term view was positive because of the housing boom and pipeline of infrastructure projects, he said.

Feedback from more than 3000 builders, developers, and owners showed more than half of the projects were moderately or severely affected, particularly in getting supplies of materials and equipment, rather than money or labour problems.

Heslop said "the perceived impact of Covid-19 on building projects may also be influenced by the high volume of building consents for new homes".