Calls are mounting for the government to step in and lobby shipping lines over the rising cost of freight. 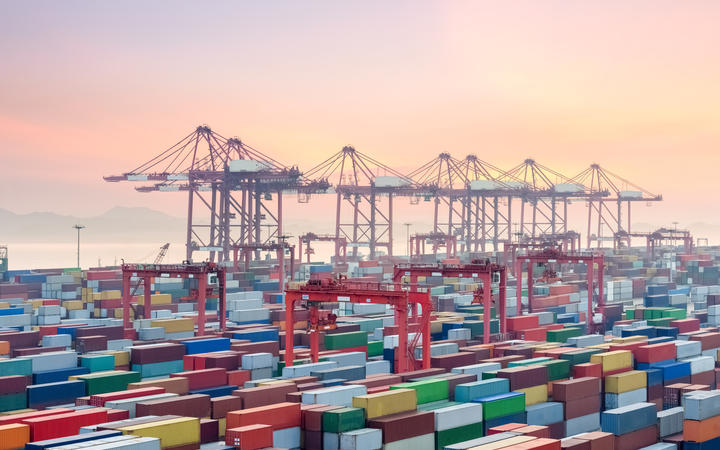 The Customs Brokers and Freight Forwarders Federation (CBAFF) said firms are being charged "detention fees" for failing to return empty shipping containers on time, despite there being no room for them at storage facilities.

Typically, freight forwarders hire containers from shipping companies and are required to return them or 'dehire' them to a storage facility by an agreed time.

However, surging consumer demand and delays at ports means there is a surplus of containers, with no available room for them to be dropped off.

"Some shipping lines, irrespective of a company's ability to dehire containers, are continuing to charge detention for businesses keeping their containers longer than they have been contracted for," CBAFF chief executive Rosemarie Dawson said.

She said in one instance, one of its members was invoiced more than $8,000 in detention fees and in most cases these costs will be passed onto consumers.

CBAFF was calling on the Ministry of Transport to lobby the shipping lines to place a six month moratorium on detention fees until the situation had eased, as it had done during last year's lockdowns.

"The shipping lines acknowledge these capacity issues will not be resolved for some months," says Dawson.

"So it is only reasonable that they provide that same flexibility, when containers simply can't be returned on time because there is no space at their own contracted depots."

Dawson said meetings with local representatives from the overseas shipping companies about the fees had stalled and was told a decision would need to come from the government.

When asked about what the government could realistically do, Dawson said that was a question to be put to the shipping companies.

RNZ approached one of the shipping lines, French company CMA CGM but they declined to comment, saying they were meeting with the Ministry of Transport and CBAFF next week.