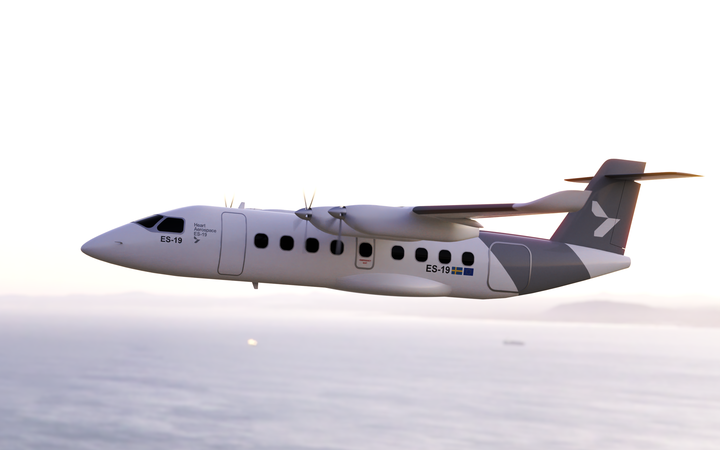 It has signed a letter of intent to purchase electric planes with the Swedish company Heart Aerospace, which is aiming to manufacture 19-seat, ES-19 aircraft for commercial flights in 2026.

The airline's board chair and director, Rhyan Wardman, told Morning Report the two companies were currently running simulations, to see how the electric planes would work in New Zealand.

"It's an exciting time for aviation in particular, if you look at how we've adopted electric vehicles as a country and the work that's going on with hydrogen propulsion systems for long-haul, electric flight is what's next."

Indications so far show that the electric planes wouldn't cost a lot more than the usual ones for the airline, Wardman said. It has a 400 nautical mile range, and takes only about 20-40 minutes to recharge.

"If you look at the running costs that electric flights offers, we would expect it to be economically sound in proposition but also an environmentally sustainable one too."

He said the country's regional routes and airports were well-suited to utilise the new technology.

"We do a lot of short hops, most of our flights are 50 nautical miles, so it's ideal [place for] an early adoption of this technology."

Wardman said he was not sure yet about whether the aircraft would be capable of doing shorter runways - like Picton - but believed it would optimal for routes between Blenheim and Wellington, Nelson-Wellington, Wellington-Westport and Wellington-Taupō.

"Part of our discussions have included talking with Wellington International Airport, because another key consideration was the infrastructural requirements."

Travel times would also probably be the same as usual flights, he said.