Consumer NZ is slamming funeral insurance as predatory and overpriced, after an 85-year-old woman paid nearly $19,000 dollars for a policy worth $10,000. 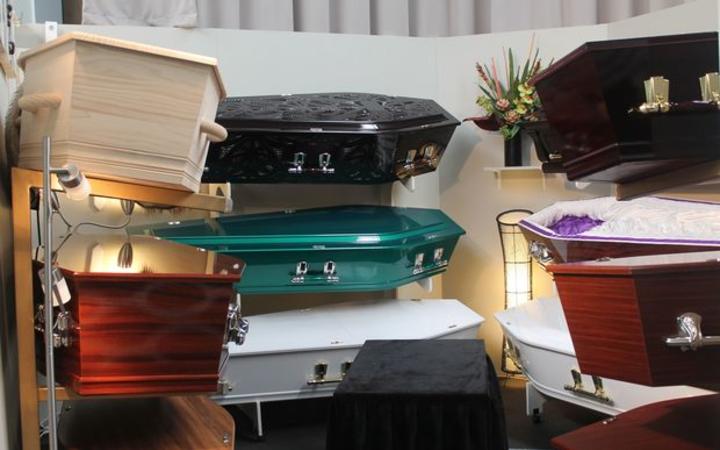 Customers are losing money on the products and a change to the law is overdue, it says.

The 85-year-old woman took out insurance policies with Fidelity Life Insurance for herself and her son worth $5000 each.

Consumer NZ's head of research Jessica Wilson said it was a poor value product, with customers often paying thousands more than the policy is worth.

"We're concerned that consumers aren't getting the full picture about the costs of this product.

"It can be the priciest way to pay for your funeral and the lifetime cost of buying funeral insurance is seldom disclosed up front."

Fidelity Insurance refused to refund the woman her extra payments, saying the policy was working as it should, she said.

The most the company was willing to do was to stop billing the customer for further premiums, Wilson added.

The company told Consumer NZ that because funeral insurance is "risk-based", customers won't get refunds of extra money they have paid.

Wilson said this is wrong.

"With funeral insurance, we're talking about a certain event. We're all going to die. There is zero risk that won't happen, so it's very different from health and contents insurance."

"Structuring the product so that customers are spending thousands that they will never get back in claims, really doesn't wash with us and we think it's unfair," she said.

Companies pull people in by playing on fears of being a financial burden to their family, she said.

"It's sold as piece of mind - your nearest and dearest won't have to pick up the tab for your final farewell - so it pulls on your heart strings.

"What is not made clear is that it is very expensive. There is also the issue that if you have to cancel your policy because you can no longer afford the premium, you won't get that money back."

The general manager of Gee & Hickton Funeral Directors in The Hutt Valley, Gavin Murphy said high costs are not the only problem people face with their insurance.

"Some of the scenarios include when people have been paying in for years and inadvertently they've moved residence or into a rest home, haven't got the communication and premiums haven't been paid. So they have no cover at all. Or there's exclusions - they think they have cover and when the family goes to use it, they find some obscure exclusion they weren't aware of."

Pre-paid funerals can be an alternative to insurance, with money held in trust until it is needed, he said.

Fidelity Life Insurance said the policy Consumer NZ complained about is an old product, which is risk-based to pool the risk across all customers.

"Pooling of risk enables customers to be immediately covered for the full sum insured for accidental death and, after 12 months, any cause of death, despite the fact that only a small amount of premiums may have been paid in comparison to the sum insured," it said.

People who live a long time will pay more in premiums but it said it recently announced rate reductions for older customers.

The Financial Markets (Conduct of Institutions) Amendment Bill is going through the legislative process to require banks and insurers to have good systems in place to treat customers fairly.

"More generally, the government recently reviewed insurance contract law and found the current law is outdated, and many insurance policies are complex and difficult to follow," the office said.

His office said the government is drafting law changes to address these issues, to be released later this year.