A new luxury Auckland hotel has rejigged its strategy to remain profitable in the Covid-19 economy. 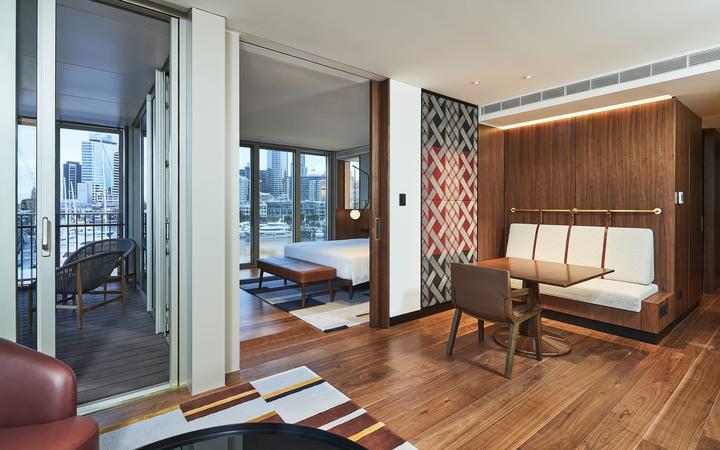 The new Park Hyatt Hotel has 195 rooms which have been designed to reflect a Māori wharenui (house). Photo: Supplied

The $200 million Park Hyatt Hotel will open Auckland's waterfront in September, despite the coronavirus pandemic cutting off the supply of overseas tourists.

General manager Brett Sweetman said the five star hotel would not become a quarantine facility and would instead look to the domestic tourism market to drive its business.

"We have had to change our business plan and re-market the hotel compared to what we wanted to do at the beginning of the year.

"So we see ourselves as really being a hotel that domestic New Zealanders and local Aucklanders can visit. We're really looking at the staycation business and leisure business over the weekend and we believe we are in a good space to launch in September."

However, he said hotel would not chase after the international tourists until later this year.

"It's really important with that international business that we understand what's happening around the world and when the borders do open up."

The company is also banking on a strong surge in demand for next year's America's Cup, regardless of what happened with the border restrictions, given the hotel would proximity to the team bases.

When it opens, the Park Hyatt will have 195 rooms, four restaurants and will offer more then 9500 square metres of space for events.