Ski resorts expect visitor numbers will be cut in half as border closures keep international visitors off the slopes. 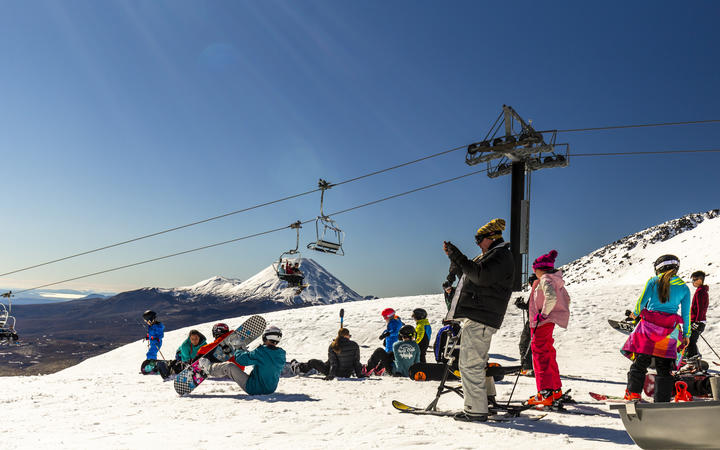 The industry received a big boost yesterday with news that ski fields can open in alert level 2, but there are still questions surrounding what restrictions they will operate under.

Prime Minister Jacinda Ardern announced that mass gatherings would be limited to 100 people under level 2, but that it would look different for ski fields.

On a busy winter day between 3000 to 5000 people would take to the slopes at one of the ski areas.

Its chief executive Paul Anderson said they expect to get fewer than half that unless trans-Tasman travel opens up during the season.

But he remained confident it would be feasible not only to open but also to maintain social distancing on the slopes and contact trace through electronic ticketing.

"The other thing we will look to do is just make sure that we can phase the arrivals of guests in the morning. We can do that by controlling the roads, and if we find there are too many people arriving at the same time, we can just hold people and ask them to give us a few moments to clear certain zones like the drop zones or ticketing zones," Anderson said. 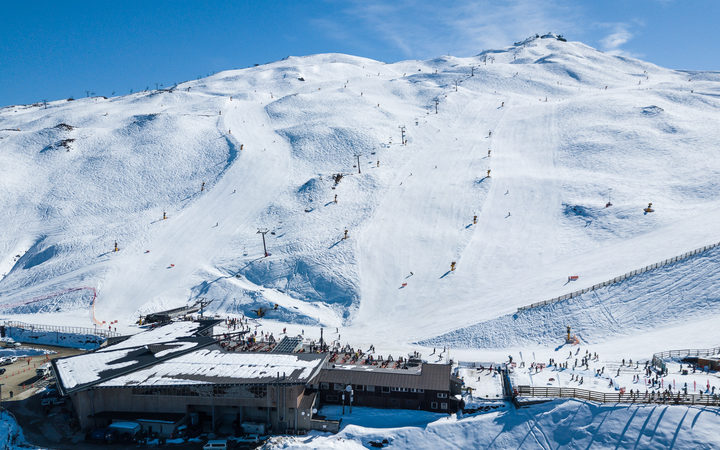 Ski field operators believe they will be able to enforce social distancing on the slopes. Photo: Supplied/Coronet Peak

The multi-million dollar redevelopment of the Sugar Bowl at the Remarkables is going ahead - but at a different pace after lockdown put everything on hold.

Bigger ski resorts and ski clubs are working together to figure out what the levels will mean for operating.

"We want to ensure that we get some clarity around how ski areas are classed as venues and whether there are other requirements incumbent on ski areas or will they be considered as public venues."

About 85 percent of visitors to Mt Ruapehu skifields are domestic.

Until there was more clarity on opening times, restrictions and other details, Dean said it was difficult to know how many visitors they would get.

Contact-less options - including e-commerce and scanning - would be a priority, he said.

"We're looking at cleaning protocols around our lifts, certainly the seat plans, the safety bar, any other ... high touch areas as people approach the lifts themselves. We want to ensure that all of those protocols are in place prior to the commencement of the season," Dean said.

But she was hopeful the ski industry might return to 'normal' next season.

"We offer an experience that we believe people will continue to value and continue to love, and you can see that by the way people have treated this lockdown period. They've enjoyed being outdoors, in nature, in the environment with their families doing physical-type activity so I think what we know is that people are still going to really value what we offer," she said.

Even if normal was a bit further away, Legnavsky said domestic visitors would be treated to low crowd numbers and clearer runs this season.

As for how the snow is shaping up - Paul Anderson said that was the million dollar question.

The ski industry is continuing to work on guidelines to ensure everyone's safety this snow season.

The Covid-19 pandemic may mean domestic skiers get clearer runs this season at fields such as Cardrona. Photo: RNZ / Tess Brunton