The head of a small South Island forestry crew says he has had to find an extra $100,000 in order to pay wages during the lockdown. 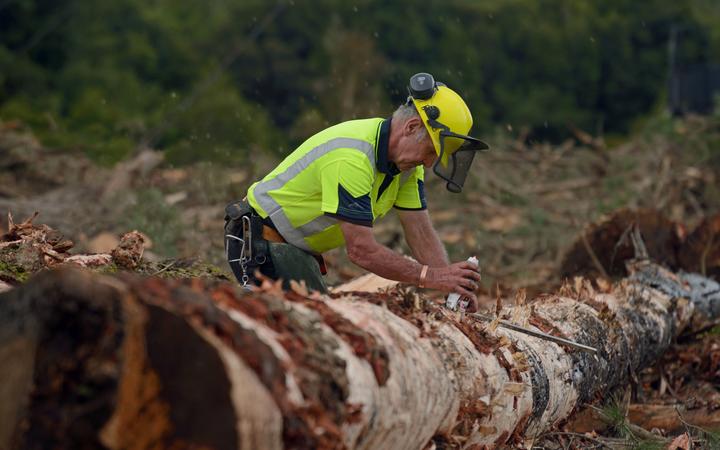 Like many New Zealanders, about 40,000 forestry workers were back on the job on Tuesday.

The lockdown has taken a severe toll.

"The wage subsidy, to be honest, unless you pulled it into four weeks it was a waste of time. Who in New Zealand could live on $585 a week? I certainly couldn't.

"I'll have to take the hit until we get a reasonable paycheck at the end of June. There's over $100,000 of wages I've got to find for the next two months to keep that side of things going.

"So it is not the easiest as far as cashflow goes for a wee while, but I'm confident we'll claw it all back and hopefully by Christmas time we'll be singing a different song."

Winmill is also on the board of the Forestry Industry Contractors Association (FICA) so has been in contact with many other forestry contractors.

And even though his losses are extensive, his business is still better off than many others.

"Being on the FICA board, I couldn't believe how some of the contractors around New Zealand get treated by their employers. It's quite terrible really," he said.

"It's the bottom dollar, regardless of who you are or what you can offer. It's a money thing not a relationship thing and it's quite sad really. I only compare it with what I've got with Port Blakely, who are a pretty amazing company really."

Forest Owners Association president Phil Taylor said the sector was facing a difficult future, but workers had so far managed to adapt to the alert level 3 restrictions.

"One of the big challenges we have, of course, is how do we keep that separation when our workers travel to and from work? Because traditionally they travel in gang busses," he said.

"We've had to change our processes and procedures to make sure we get those separation distances working properly [so] in some instances they'll take their own cars, in other instances, they'll have split shifts."

Taylor said that the industry is currently less focused on turning a profit and more focused on worker safety, with machinery that's been left idle for five weeks or more posing a real hazard if it's not properly checked over.