After a month of quiet, the country welcomed back the sounds of traffic, commerce and construction yesterday. 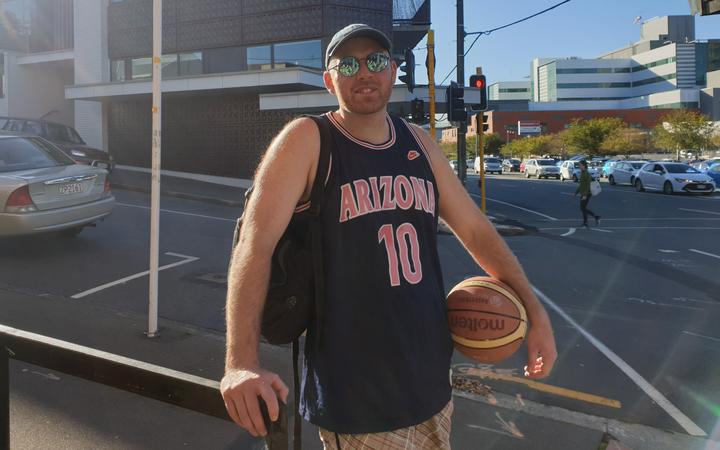 The country dropped down to level 3 lockdown and about 400,000 people went back to work.

RNZ spoke to locals in the Wellington suburb of Newtown.

Construction worker David is one of those back on the job - and he is stoked.

"I spoke to my lady this morning and I ... told her I was having a happy-as day, super pumped to go back to work.

"All the boys are amped."

Taxi driver Sam Boless has been looking forward to it for weeks.

"Feeling happy, excited, probably [in] another two weeks everything will be normal.

"[It was] a bit boring sitting at home."

Bartender Charles, who had been out shooting hoops, said he had been trying to keep healthy habits under lockdown.

"I'm trying to eat as clean as possible during this period so I might buy some takeaways tomorrow but I'm not too fussed.

And when he does it will be Hell Pizza he hits up.

"The one with the brie and the cranberry sauce on is my go-to.

"It is a staple, guilty pleasure kind of takeaway."

Yesterday was one of those rare cracker days in the capital, clear skies and no wind. 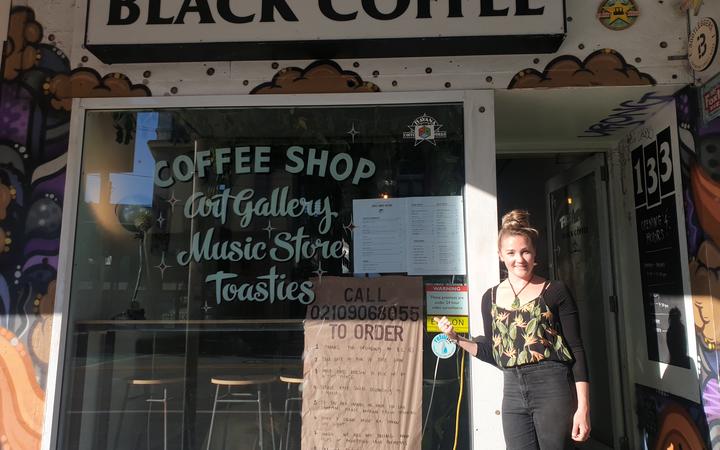 "[I'm] pleasantly surprised by how busy it was," she said.

"We didn't know how many people would be out and about today but the sunshine helped, and it was just so nice to see a lot of our regulars and the community out and about again."

Simoneau said so far customers were remembering to keep their distance from each when picking up their coffees.

"Anytime somebody might be blocking the door unaware that there are people behind them they have been really patient.

"And that's what we definitely need to see, we need help from the community to enforce these rules, we can't do it ourselves we don't have a bouncer at the door to enforce that.

"But you … [with] the chalk lines and the tape lines, I think everyone gets the system nowadays."

Ropata Maxwell had been out doing his daily walk on the south coast and said he noticed lots more traffic than there had been under alert level 4.

He said he suspected people were using level 3 as an excuse to get out when they should not.

"Just those using their cars because it is level 3, and I'm like 'level 3 is still very similar to level 4, guys'.

"You know come on, we've done well - and even I have got cabin fever - but it is like 'come on we can do this we need to stick to this, it's not going to kill us'." 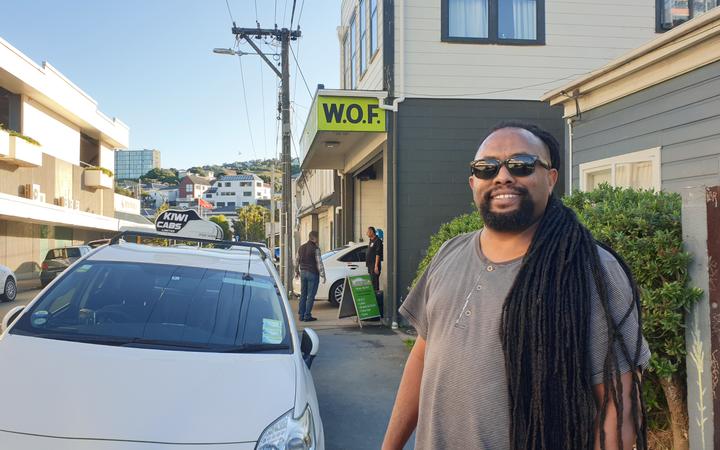 Newtown garage Autoxpress owner Bobby Manhwas said they were busy today - but unfortunately, bookings dropped off later in the week.

He said he was worried about the future and there was no way to predict what would happen.

But Newtown local Kirubel Argnow said he was optimistic that if everyone worked together - by keeping their distance from each other - the country could beat Covid-19.

The country will spend at least two weeks in lockdown level 3 with Cabinet to decide what happens next on 11 May.