The Bank of New Zealand is picking a steep economic downturn but a relatively quick rebound from the Covid-19 pandemic which looks set to salvage its second-half earnings. 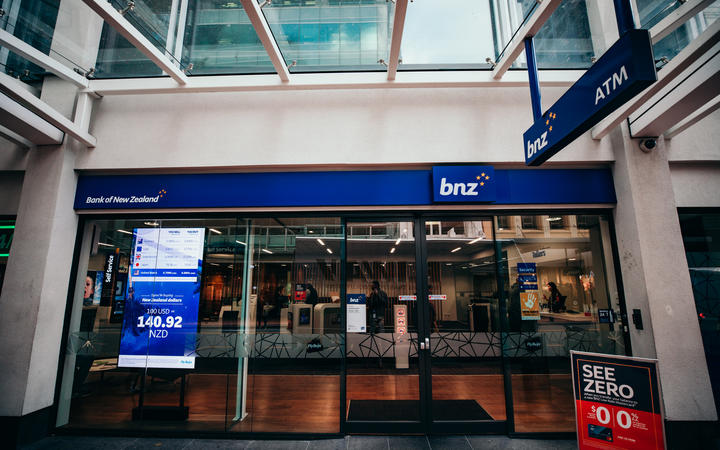 The bank, owned by Australia's NAB, reported a net profit for the six months ended March of $367 million compared with last year's $550m, as it wrote down the value of its software and set aside more for bad and doubtful debts.

Chief executive Angie Mentis said the bank had been in good financial shape going into the crisis and the measures taken by the Reserve Bank (RBNZ) to support the banks and stabilise financial markets had eased pressures.

BNZ economists are picking the economy to shrink by 9 percent this year, with house prices falling 10 percent, before a solid recovery next year.

But Mentis accepted the bank's second half would be hard.

"The next six months will see how the economy contracts ... we are successful when our customers are successful, so if they're not borrowing or are under stress that flows on to us obviously."

"I would expect our profitability to come off," Mentis said.

She said BNZ had spoken to tens of thousands of customers, which had led to changes of housing and business loans worth $27 billion.

Mentis said the bank had had some "tough conversations" with businesses wanting support but had declined "very few".

She said some businesses were in no shape to take on more debt but the bank had tried to advise other options to improve cash flow.

She said the weakest sectors were hospitality, accommodation, tourism and she predicted that that was where many of the business failures caused by the pandemic would likely occur, adding that many were in an already precarious financial state before the virus.

Mentis and other senior executives are taking pay cuts by not taking up performance-related bonuses, which can make up as much as their annual salary, while the local board of directors have taken a 20 percent cut in fees.