One of New Zealand's largest property owners says the fair value of its portfolio has dropped by about $290 million, mostly dragged down by the retail sector. 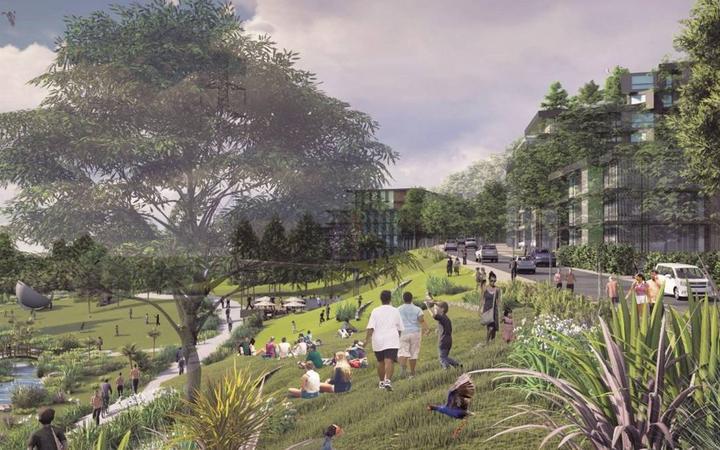 Kiwi Property, which owns New Zealand's largest retail and mixed-use mall, Auckland's Sylvia Park, said the total value of its property assets was down 8.5 percent to $3.1 billion as of 31 March.

Chief executive Clive Mackenzie said the independent valuations had been heavily impacted by the Covid-19 pandemic, with the conditions expected to continue for some time.

"As a result, their assumptions around rental growth, vacancy, downtime, leasing up allowances and trading conditions have all softened," he said.

"The challenging investment market conditions and an expected decline in capital inflows are also contributing to an expansion in capitalisation and discount rates."

The retail portfolio was down 20.8 percent to $481m, with regional shopping centres hardest hit.

However, it noted regional retail assets had continued to decrease as a proportion of Kiwi Property's overall holdings and comprised just 15.5 percent of its total portfolio.

Kiwi Property's office portfolio was the most stable and increased slightly by 1.6 percent to $910m.

The portfolio of other properties outside of its investment-grade assets included Drury land holdings and industrial redevelopment land around Sylvia Park, which were down slightly by 0.5 percent to $215m.

"With our significant landholdings at Sylvia Park and Drury, we are in a position to develop master-planned communities that contain a mix of asset classes, and are potentially more resilient in the face of market shocks, such as those caused by Covid-19," Mackenzie said.