A new report has found that a two-year-old a ban by the government on new oil and gas exploration would be costly, would do little for the environment and was done without proper consultation. 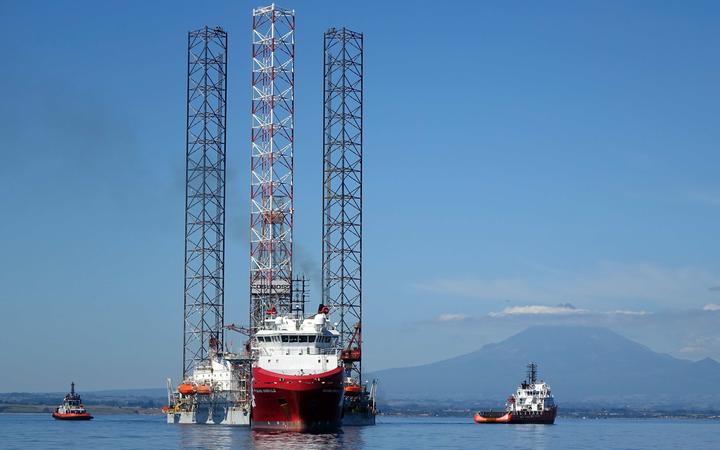 The ban on new exploration permits, except on land in Taranaki, was announced by the government in 2018.

It was strongly supported at the time by environmentalists.

They argued that burning the world's known fossil fuel resources would bring environmental disaster, so looking for still more oil or gas fields was irresponsible.

But the ban was also widely denounced as being done on the hoof, without respect for proper standards of due process.

This view has now been supported in a new report by the Parliamentary Commissioner for the Environment.

"When the ban was announced, limited analysis was offered and the stakeholder consultation process was truncated," the Commissioner, Simon Upton wrote in his report.

"In particular, lack of consultation with iwi was seen as a flawed part of the process.

"The absence of a strong evidence-based case for the ban, coupled with suggestions that it may even increase global emissions, has done the ban few favours."

The report then went on to explain the reason for the ban.

It said the Government sought to fight against climate change by limiting the supply of fossil fuels to consumers.

It said several other countries had done similar things - such as Canada, France, Denmark and Spain.

All of them took steps to limit the availability of fossil fuels.

But it suggested demand side actions could be more effective against climate change.

One idea would be to remove or reduce greenhouse gas exemptions that were currently made available to many big exporting industries.

The report listed some advantages of the 2018 ban.

It would reduce overall greenhouse gas emissions by cutting the level of so-called fugitive emissions. These were emissions that leaked out of the edge of an oil or gas well, and amounted to 2 percent of all emissions.

But if the oil or gas were imported from overseas, then fugitive emissions would still leak into the atmosphere, just not from New Zealand territory.

The report also looked at the impact of the ban on the New Zealand economy.

It cited modelling by NZIER saying the cumulative impact of the ban would be between NZ$15 billion and NZ$38 billion by 2050.

Mr Upton's report went on to say the New Zealand economy would continue to grow and the high end of the NZIER range was implausible.

Nevertheless, the cost would still be in the billions, and the impact would be especially marked in Taranaki.

Upton stressed he was not for or against the ban - but serious complications had to be addressed.

He noted that the National Party had vowed to repeal it - but said that if it was retained, the New Zealand Government should push more countries to take similar action to preserve its impact.