There is concern small businesses will decide that they might as well go out of business, despite the government launching more measures to help them survive the impacts of Covid-19. 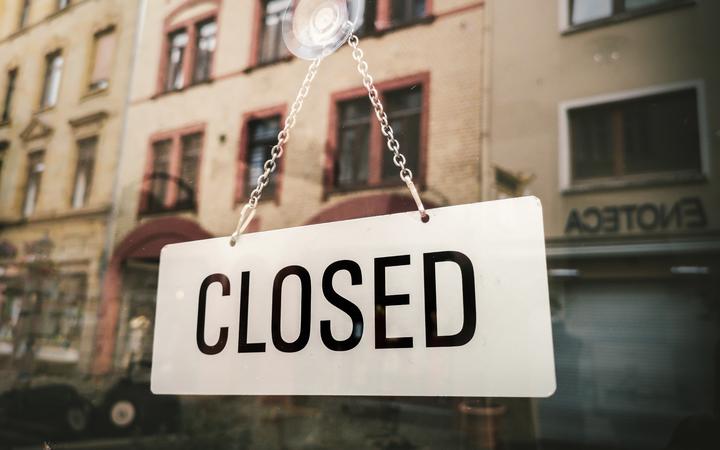 Ross Nolan owns an Auckland-based engineering company, which builds equipment for infrastructure. He employs a part-timer and four full-time employees, who he has had to send home.

He said he would still have to pay back any loans and he was facing a huge dilemma.

"Basically I'm spending the money that I've accumulated over the years to try and keep this thing alive. And there are points when I look at it and I say 'would I just be better off laying everybody off and hanging on to that money myself?' That's what I wrestle with, my employees are the business."

Even with the wage subsidy measure which was announced earlier, the shortfall still cost him $3000 a week, Nolan said.

There was a limit to how long he could keep paying his staff, he said.

However, he said the real harm was being done to people like him, who might or might not have a business left when the time came to start it all back up again.

"I would love in six weeks' time to be able to ring all my guys up and say 'let's go back to work and start building things'. I know exactly how long I've got left in the bank to be able to pay them but at that point I've spent my accumulated savings, the company doesn't exist and I'm personally broke. That's a hell of a thing to try and balance against."

"What he's saying is 'we'll give you a loan to keep going when you can't produce any money or income'. The small business person is going to say 'can I survive, why should I get a loan I've got to pay back when in fact I won't be able to have any income because of no productivity or no services'," Whitehead said.

"I'm really concerned that small businesses will actually say 'I might as well go out of business' it depends on how quickly this can be resolved."

Whitehead wished the minister would talk to leaders at the small business level, rather than taking advice from unions who focus on big industries.

Aro Advisers accountant and tax agent David Saunders said he has had a lot of phone calls from concerned small business owners.

He said he was concerned that the government-backed loan scheme was not going to help businesses that were too far gone.

"They talk about providing loans to solvent companies, but for a tourism business for example, they are probably already well and truly insolvent, if not circling the drain already," Saunders said.

The Minister of Finance also announced that retail banks have agreed to a six-month mortgage repayment holiday for those affected. 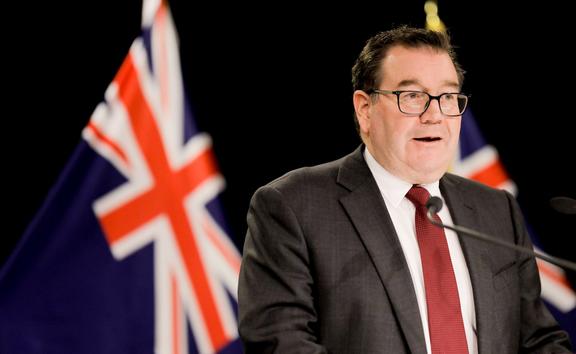 Karen Boyd is the owner-operator of a neighbourhood cafe in the suburb of Vogeltown in New Plymouth, which employs two staff.

She also owns a house and said the mortgage holiday would help her but there would still be a huge shortfall for people like her.

"It will just take that pressure off because we've still got to pay our taxes. I've got a mortgage to pay for my house and I have rent to pay for my business and power for both home and business," Boyd said.

Robertson told Morning Report he was confident businesses would do their best to pay employees, and that the system was based on a best endeavours principle.

"If we need to clarify and alter the criteria to make sure people are aware of that, we'll do that.

"Because we're getting an upfront lump sum payment, businesses have been able to make their judgement about how to spread that across their existing resources, their balance sheets, and to keep their people employed."

As for business owner's that required rent support, Robertson said there were options like the accommodation supplement and recoverable assistance grants from the Ministry of Social Development.

"They are going to make a decision in the midst of a doomy grey period and that's now 'do we continue or do we shut the doors while we're still afloat?' And you can imagine what small employers are thinking 'do I stay afloat and look after myself or do I let myself go grinding to the bottom to look after my employees?'"

A lot depended on how quickly Covid-19 could be brought under control, he said.

On the other hand, Business NZ chief executive Kirk Hope told Morning Report that the government's financial scheme would lift the weight off the shoulders of many small businesses.

He expected some elements would adjust - like what happened with the wage subsidy scheme - over time so that people could have continued support.

Hope said the working capital and guarantee scheme was designed more for small and medium businesses.

"The cap may be too low for businesses even with $80 million turnover, however, it does alleviate some cash-flow pressure from the businesses as they want to continue to pay staff."

He said ensuring there was sufficient cash flow meant that once the lockdown period was over they would be able to get back up and running.

"We've described it as businesses going into hibernation as opposed to closing, because what they want to be able to do is retain staff, so that when demand comes back... businesses are able to function reasonably normally again with a bit of domestic demand."

Hope said any economy shutdown for a period that extended to two to three months would be extremely challenging.

But he hoped that if people complied with the rules then the lockdown would not be extended.

"Because that gives businesses the best chance to be able to spring back to life."