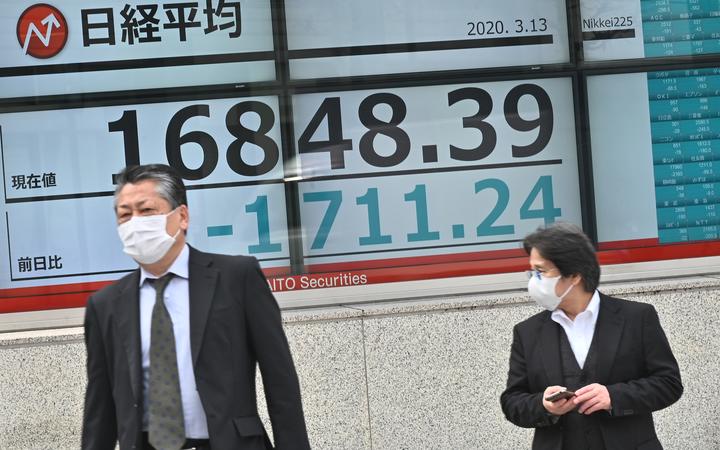 Pedestrians walk past an electronic board showing the numbers for the Nikkei 225 index on the Tokyo Stock Exchange in Tokyo. Photo: AFP

New Zealand's Top 50 index fell about 8 percent in early trading - its biggest intraday fall ever - as it took its lead from Wall Street where the main indices closed down about 10 percent.

Japan's benchmark Nikkei index fell as much as 10 percent at one point, while Australia's benchmark fell nearly 8 percent, but has also recovered - just 1.0 percent in late afternoon trading.

The New Zealand dollar was steady at 61.3 US cents, after some early morning volatility saw it drop to 60.8 US cents.