The New Zealand stock exchange has fallen more than 2 percent on the opening, following drops in global stock markets amid coronavirus fears.

Virtually every stock in the index fell, with the tourism-related stocks and those reliant on China among the big losers.

Overnight the three main indexes in the US have fallen by about 3 percent, while the UK's FTSE 100 share index closed 3.3 percent lower.

The New Zealand market last week hit record highs, but in the current environment has lost all the gains made so far this year.

Forward indicators point to big drops on the Australian and Asian markets.

Yesterday, the NZX Top 50 Index was down about 1.8 percent, and Australia's benchmark index was also down about 2.25 percent.

The Business and forestry industry leaders are increasingly concerned about the economic impact of the coronavirus outbreak.

Forestry contractors say as many as 1500 forestry workers could be out of a job soon because of the outbreak.

Finance Minister Grant Robertson said options were being looked at for moving the workers to conservation jobs in Southland.

But Forest Industry Contractors Association chief executive Prue Younger said that was unlikely to be a solution.

"It's just not as easy and logistical as the minister may think, to lift people up and move them around. We're talking about people with families moving from the North Island to the South Island," she told Morning Report.

"I think he's dealing with a small number of people that might be able to do that. In reality, we've now got some pretty heavy figures on contractors losing their contracts, either they have done in the last week or they're about to in this next week.

"The problem, from two weeks ago, has definitely got worse."

The Forest Owners Association said a lack of space in Chinese ports was bringing a virtual halt to New Zealand log exports to China. 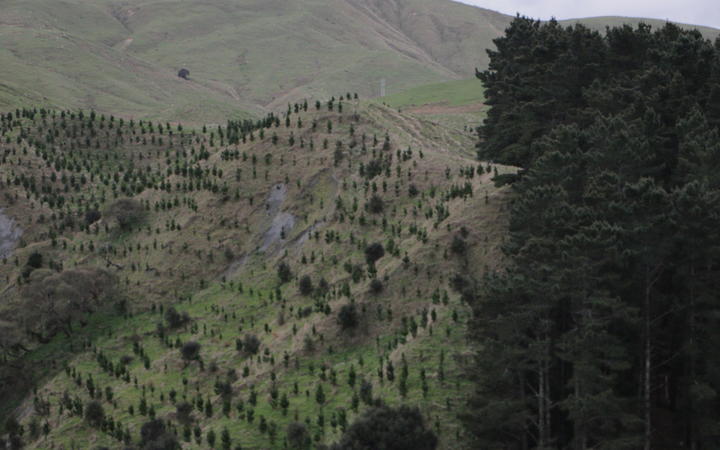 Association president Peter Weir said it would not be a short term problem.

"I'm guessing it's months rather than weeks. The typical scenario is we've got a problem for about six months."

He said that was s because they had got four months worth of inventory at log yards in ports in China with no off take, a month's worth of logs on boats heading to China now, and because Europe is pumping in logs.

"The other dynamic in this is that Europe is almost matching New Zealand for log exports into China. It's a very new thing over the last three months."

Weir said Robertson's suggest of moving workers to conservation is a decent plan B, but it's still a let down.

"Labour was elected on the strength of a plan A, and that was to boost domestic wood consumption in New Zealand with a wood preference, or a wood-first policy.

"They stood for election on the fact they would encourage use of wood in commercial construction and they haven't done that yet."

"They have been for some time. We've seen a big impact in key sectors such as tourism, travel, education, hospitality and the forestry situation."

He said that while those key sectors could bounce back quite quickly, getting through this particular time and not knowing how long it will be is a struggle.

"One of the simple things the government could do is to pay within five days, because the government spends about $40 billion in the economy just from a procurement perspective.

"If they did nothing else, if they had no other policies - which they do - to enable business and communities to get through this period, if they just pay within a shorter period of time, that's going to help with the cashflow issue."